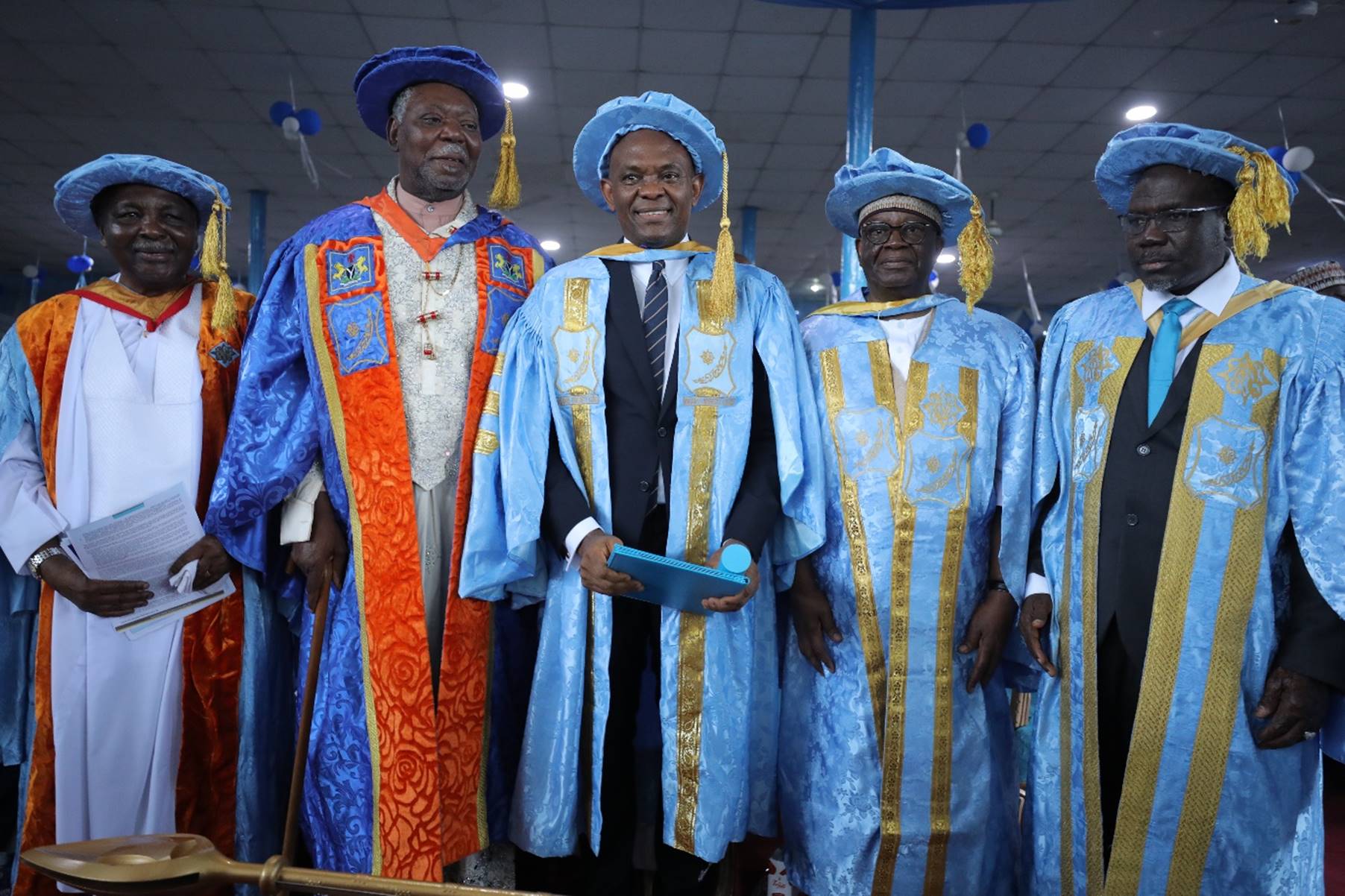 ***As He Receives Honorary Doctorate Degree

Tony O. Elumelu, Founder Tony Elumelu Foundation and Chairman UBA Group and Heirs Holdings charged everyone to join hands to lift Nigeria’s youth from poverty to prosperity. He made this statement while receiving an Honorary Doctor of Business (Hon D.B) degree by one of Nigeria’s foremost universities, Bayero University, Kano. 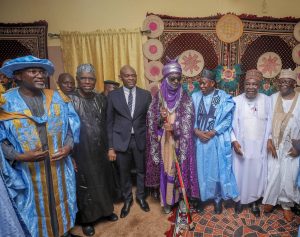 In his acceptance speech, Elumelu emphasized the importance of collaboration between the public and private sector to create more jobs on the continent. According to him, “Our young people need jobs that governments and big corporates alone cannot provide. By promoting entrepreneurship, creating favourable policies and building infrastructure to help these entrepreneurs, we enable them to create jobs, and become employers of labour”.

Elumelu commended the declaration made by the President of Nigeria, H.E President Muhammadu Buhari on Nigeria’s Democracy Day to lift 100million lives out of poverty. He stated that job creation and entrepreneurship will help to achieve this goal.

Elumelu said: “There are a variety of ways to lift 100 million citizens from poverty, but two stand out. We can increase the number of jobs in the economy or we can create more opportunities for our young entrepreneurs to transform their ideas into small businesses that employ labour.”

He added: “By promoting entrepreneurship, creating favourable policies and building infrastructure to help these entrepreneurs, we enable them to create jobs, and become employers of labour”.

Elumelu has been an active advocate for entrepreneurship as the key to catalysing the economic development of Africa. He has achieved this through empowering African entrepreneurs in the Tony Elumelu Foundation’s flagship Entrepreneurship Programme. In 2010, Elumelu and his family committed $100million to identify, train, mentor and fund 10,000 African entrepreneurs in 10 years Half-way through the commitment, he has empowered 7,520 African entrepreneurs across 54 African countries who have received $5,000 non-refundable seed capital, access to mentors and an intensive 12-week business training; a commitment which the President in his address said enviably complements some of the government-led initiatives aimed at enhancing the capital base of small businesses.

During the conferment, the Dean, School of Postgraduate studies, Bayero University, Professor Umar Pate commended Elumelu’s commitment to lifting young Africans out of poverty. In his citation he spoke of Elumelu as “an illustrious son of Africa that has excelled at home and abroad, an economist that has empowered countless people through job creation and philanthropy, and a symbol of the African spirit of hope.”

Elumelu ended his speech by speaking on the importance of gender inclusion and a focus on quality healthcare and education to develop the over 60% of Africa’s population – the youth. “For Africa to avert a demographic catastrophe, and achieve sustainable growth, we must support gender inclusion, education, healthcare and entrepreneurship,” he said. “National prosperity can only come from widespread economic empowerment. This empowerment will come from inclusion, education, healthcare, and entrepreneurship.”