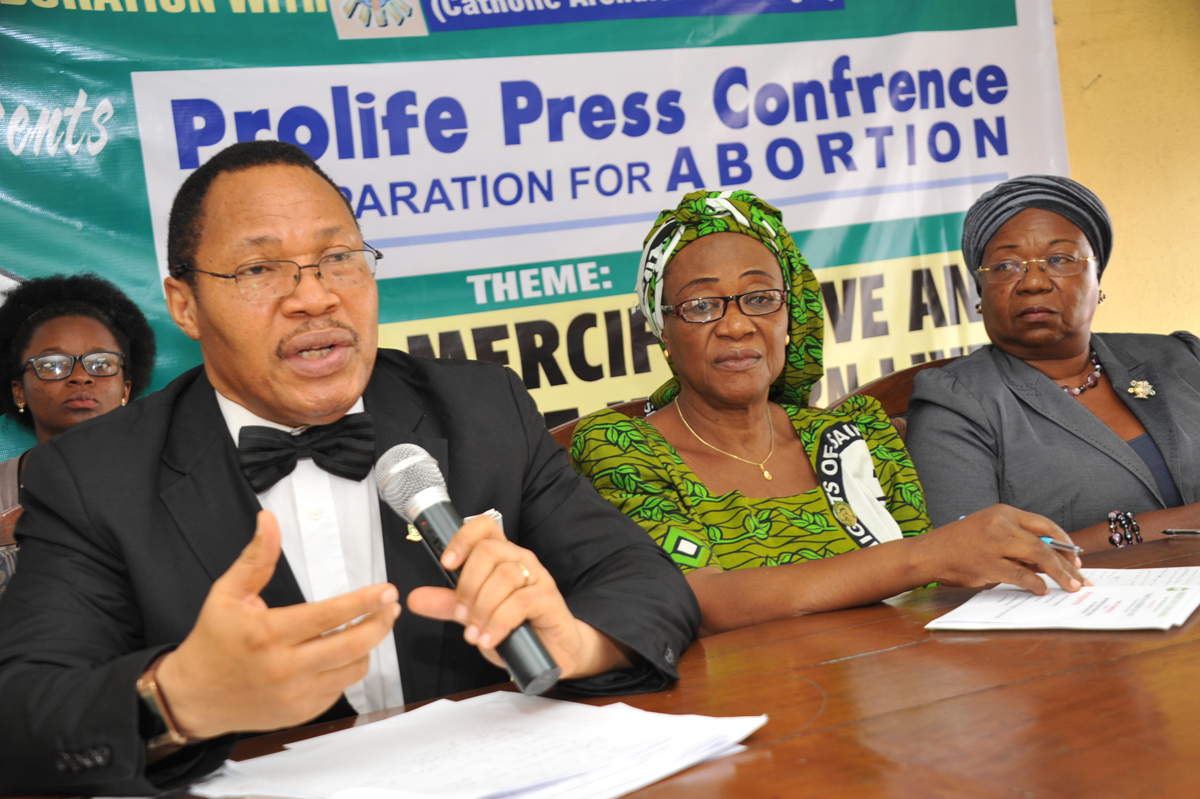 Popular Catholic religious group, the Knight of Saint Mulumba Nigeria (KSM) has advised all registered voters to reject the lure of selling and buying of their votes by selfish politicians as doing so will be tantamount to mortgaging their destinies and those of their Children.

It also urged voters not to allow themselves to be used as political thugs or agents of destabilization.

KSM in a statement in Lagos signed by its Supreme Knight, Brother Diamond Ovueraye said Nigerians should not exchange good governance for filthy lucre.

“Growth is painful. Change is painful. But nothing is as painful as staying stuck somewhere you don’t belong.  Therefore, we urged all Nigerians, to register and obtain their voters cards, think wisely before you vote, shun any form of inducement, be an active participant in the affairs of your communities, engage your representatives defend your votes and be unceasing in your prayers for Nigeria,” he said.

Ovueraye encouraged registered voters to choose their leaders with wisdom and forethought noting “If you register to vote, you automatically have power in your hands to vote out any corrupt, insensitive and underperforming government”.

He also urged the media, as part of its civic role to create and shape public opinion, educate and strengthen society, to act against the injustice, oppression, misdeeds and partiality in the society.

Ephasizing the role of religious leaders in the 2019 elections, Ovueraye stated that aside religious leaders acting as moral compasses in shaping attitudes, opinions and behaviours of their members who hold them in high esteem, are not only leaders of their own faiths communities but they are also interlocutors between the leaders and followers of other faith. In other words, they must thus acquire a deeper and sympathetic understanding of other faiths. This will without doubt tone down the religio-political challenges in out polity.”

Ovueraye urged Nigerians to live the ideals of patriotism. “Patriotism, as Theodore Roosevelt notes, means to stand by your country. It doesn’t mean to stand by the president, governor, senator or any other public official, save exactly to the degree in which he himself stands by the country.  It is patriotic to support him insofar as he efficiently serves the country.  It is unpatriotic not to oppose him to the exact extent that by inefficiency or otherwise, he fails in his duty to stand by the country,” he added.

Expressing the concerns of KSM for the 2019 elections, Ovueraye explained: “KSM is a Catholic religious organization, guided by the cherished values of working towards a high sense of order and discipline, are very concerned about the tone of politics, as we have seen a decline in civility and bipartisanship and a rapid increase in hostility between those who have differing opinions. We think this has led to the alienation of the public in governance which jeopardizes democratic participation.

“We know that progress comes from the intelligent use of experience and this experience tells us that the countries that have the best economic growth are those that have good governance, freedom of speech and a good education system. Good governance comes from freedom of communication where leaders break down beaurocratic barriers enabling the led to embrace their vision, initiative, or assignment in a way that the citizens feel a sense of purpose, ownership, personal engagement and common cause.

“But first we have to win the fight against poverty. Second, we must improve moral standards in government and in society to provide a strong foundation for good governance. Third, we must change the character of our politics to promote fertile ground for reforms.”

He expressed reservations over people’s unpleasant attitudes towards the general election, saying the inept leadership over the years has made people to develop apathy.

“It is worrying that on account of our rather unsavoury democratic experience, people are already aloof as our democracy has become a license to indulge individual whims and proclivities. But aren’t we all guilty of one or more of the short-comings in our polity, like; – cash for votes, shunning the democratic process/abstaining from voting, intolerance of opposing views, not registering for voters’ cards, not speaking out and condemning injustice, any form of electoral malpractice, oppression and repression in whatever guise”, Ovueraye stated.

Why Buhari May Lose 2019 Election, US Intelligence Agency