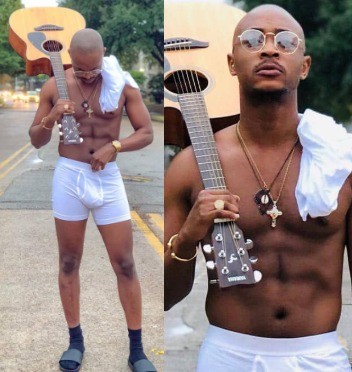 Ojay Wright, the musician son of actress Bukky Wright has been struggling to make a career out of music.

For years, he has remained in the peripheral of being an up and coming singer with little attention in the industry except for those from his mum’s loyalists.

The fair-complexioned singer shared a picture of himself in only briefs on Instagram, as he flaunted his eggplant.

If the singer had hoped to be commended for his picture, he got much more than that, as it was condemnation from both male and female critics, with some telling him that eggplant don’t sell songs. 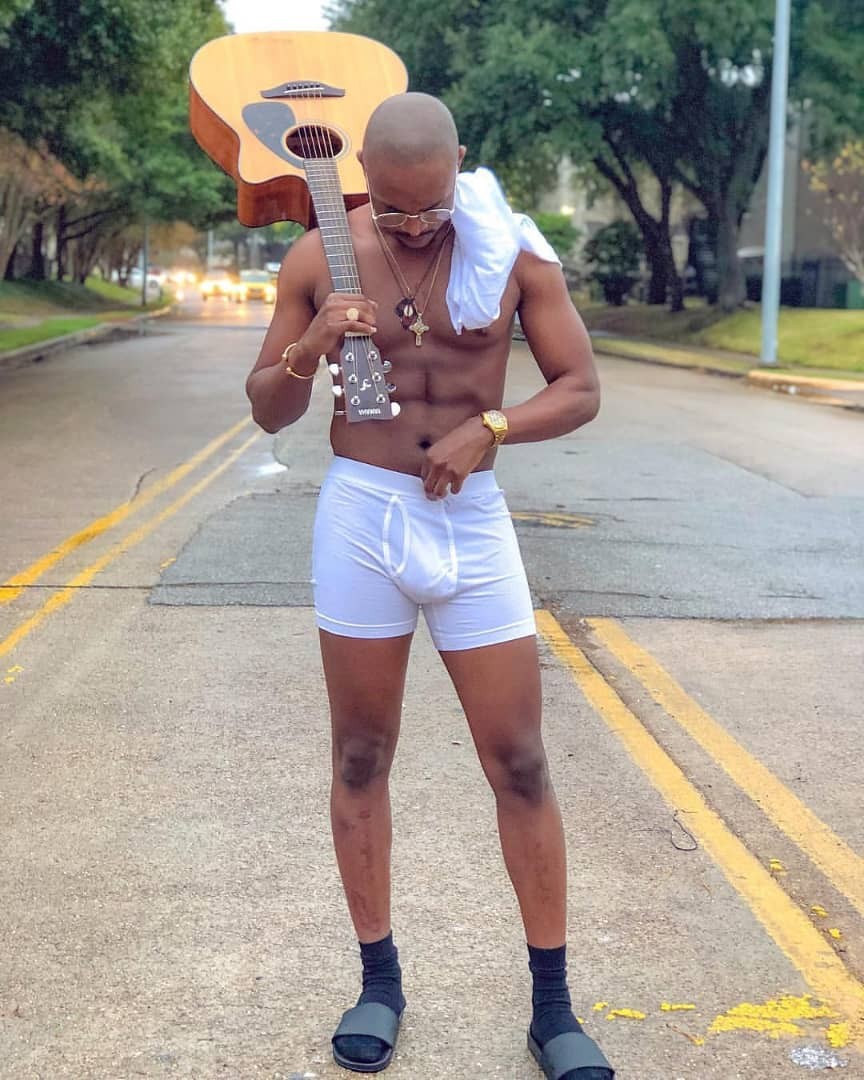 Why I Will Never Live The Fake Life You Want, Duncan Mighty Tells Fashion Critics