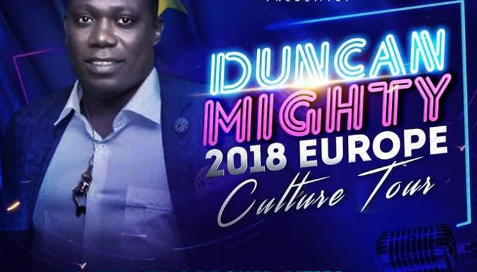 Port Harcourt-based singer, Duncan Mighty, has definitely had a good year as far as his music career is concerned.

This year, he has collaborated with some of the industry’s heavy weights dropping three smash hits namely ‘Fake Love’, ‘Lova Lova’ and ‘Bio Bio’.

The almost forgotten Port Harcourt’s first son is however not resting on the success of his new set of singles, as he has announced a tour of Europe.

Tagged “Culture Tour”, Duncan Mighty, said that it will cover 26 cities in Europe. Already confirmed are 14 cities among which are Istanbul, Turkey; Torino, Italy; Berlin, Germany; and others.

The musician is expected to announce 12 more cities before the tour which will span between Saturday, September 22 and Sunday, October 21 kicks off.

Why Up And Coming Artistes Abuse Their Contract -KCee