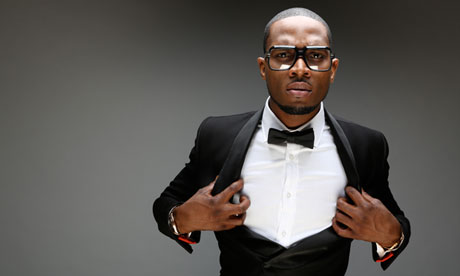 Days back, Dbanj was honoured with a title at an event that held in Imo State.
During the event, he was crowned as the “Enyi Ka Nwanne Amuzi” Amuzi Obowoland.
The title makes it his second, as he was given his first ‘Osina Wata Buru Ogaranya’ in 2008, 10 years ago.
In his 2008 album ‘The entertainer’ D’banj sang about an Igbo title ‘Osina Wata Buru Ogaranya’ which he was given.
The song titled ‘Igwe’ went on to become one of the artistes biggest hits launching his career into the eastern market where he sold tones of copies due to the song.
With his new title, Dbanj is holding his own even in alien places. Its not everyday a Yoruba man gets to be gifted with titles.
His fans can expect a new song inspired by the new chieftaincy title anytime from now.
Post Views: 782

iPhone X: Would Yung6ix Ever Learn His Lesson?