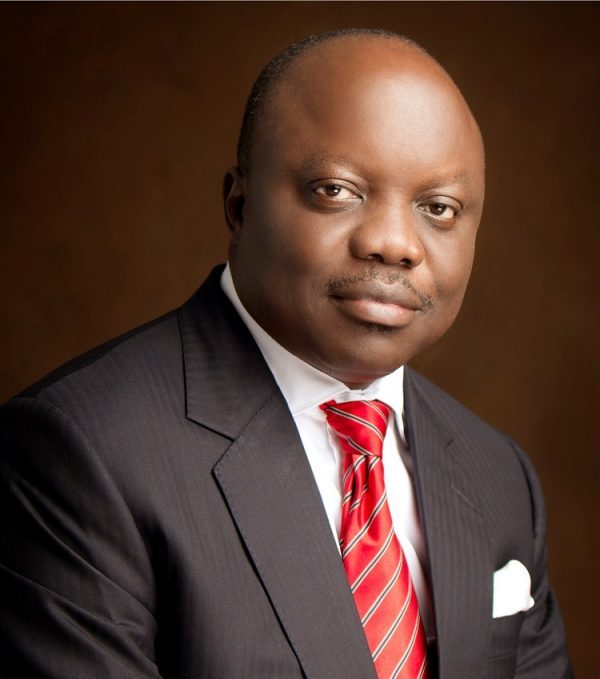 The All Progressives Congress, (APC) in Delta State, has come in defence of the immediate past governor of the state, Dr. Emmanuel Ewetan Uduaghan over a statement ascribed to him that the “APC will wrest power from the PDP in 2019” which has come under attack by the ruling party, Peoples Democratic Party, (PDP).

In a statement signed by its Secretary, Comrade Okonji Chidi, on Tuesday, entitled “OKOWA AND PDP: EAT THE HUMBLE PIE AND BURY YOUR HEAD IN SHAME” and made available to our correspondent, the party berated the Okowa administration, saying that “every discerning mind in Delta State knows that the PDP government is a total sham”.

“The All Progressives Congress, (APC) in Delta State read with pity the hogwash put together by the Delta State Chapter of the Peoples Democratic Party, dismissing the assertion by former governor of the state and revered chieftain of the APC, His Excellency, Dr. Emmanuel Eweta Uduaghan that the APC will wrest power from the PDP in 2019.

Every discerning mind in Delta State knows that the Okowa administration is a total sham, an administration that have failed in all sectors. The assertion is actually the reality on ground. The PDP which the governor claimed is “still strong and formidable” has been decimated long before now, right from 2015 when those who knew Okowa very well as an ethnic bigot and a very vindictive fellow decided to dump him. It was not the making of His Excellency, Emmanuel Uduaghan that respected chieftain like former Speaker, Rt. Hon (Barr) Victor Ochei who also know Okowa in and out dumped him and his shattered PDP.

The defection of Dr. Uduaghan to the APC which is currently shaking the political landscape and causing the PDP and Governor Okowa high fever is just the icing on the cake when they will eventually loss the 2019 governorship elections and many House of Assembly, House of Representatives and Senate seats to the All Progressives Congress, (APC).

Now that Deltans know that Okowa is a failure, will it not be better for him to eat his humble pie and start preparing his hand over note? Because if Okowa and his drowning party, PDP actually know what has befall them, they would not be jumping here and there thinking the former governor, Uduaghan is their problem. Okowa’s ouster has been in the drawing board since well-meaning and respected Deltans who were ready to work with him realized he was a deceitful fellow.

It is foolhardy for Dr. Ifeanyi Michael Osuoza State Publicity Secretary of PDP to say “when it comes to politics and elections in Delta State, Dr. Uduaghan should realise that he is less than a featherweight”. This are assertion of a party in self-pity. A former governor in capacity of Dr. Uduaghan, remains a heavyweight political figure in Delta politics in and out of government that’s why the PDP and Okowa would continue to break their head over the devastating blow and impending defeat awaiting them in 2019.

For their information, when the defection of Dr. Uduaghan who Governor Okowa de-marketed and tried to discredit became imminent, APC catch on it and started wooing him because we know the value-added advantage he will bring to our party and our avowed determination to send incumbent governor packing in 2019.

“Governor Okowa thinks he is “smart”, he thinks he can outsmart every Deltan that’s why he is always coming out with policies that are anti-people like his fraudulent “Contributory Health Insurance Scheme” which has been adjudged in the media as scam and fraud”.

There is a saying that; “he that the gods want to destroy, they first make mad”. Governor Okowa and PDP are behaving like mad dogs already in everything they are doing, including press releases they have been issuing over what Dr. Uduaghan did to them and we as a party, have the antidote that would silent them forever in Delta State.

Imagine, Osuozu giving away information that Deltans know are exactly what Governor Okowa represents. According to Osuosu, “Out of sheer arrogance and vaulting ambition, he estranged many PDP members with his bad leadership style and worked hard to frustrate and impoverish many of them” which he dashed out while trying to denigrate Dr. Uduaghan but every discerning Deltan is aware that the aforementioned were the exact style of leadership laced with fraud that Okowa has given to Deltans since his assumption of office.

Okowa that we know is an arrogant person, he is treacherous, hot tempered, vindictive, pretentious and a bigot in the highest order. But we want to also thank God and commend all those who saw all this ahead of us in faraway 2014 and decided to dump the PDP and leave Okowa to continue his clannish tendencies that would finally exile him in 2019″.