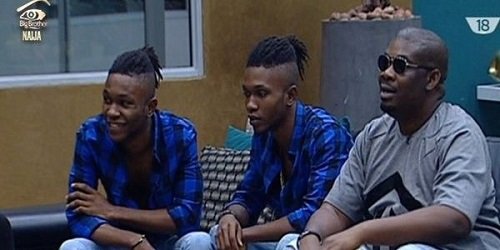 The purported arrest of Mavin Record acts DNA Twins has been brought to question.

In an online video which surface recently, the artists were seen being ushered into a waiting police car after they were reportedly arrested for having a huge sum of money with them.

The police reported chased the artist to Lekki where they were arrested. However, the fact that only the uniform of the arresting officer and not his face was picked by the camera has seen the legitimacy of the video being questioned.

Aside that no meaningful explanation of the reason for the arrest was given by the police officer, as they ushered the twins into their waiting car.

That there is also no confirmation of the arrest by the Police Public Relation Officer (PPRO), has also rubbished the claim of the arrest.

The Only Reason I Will Cut My Beards