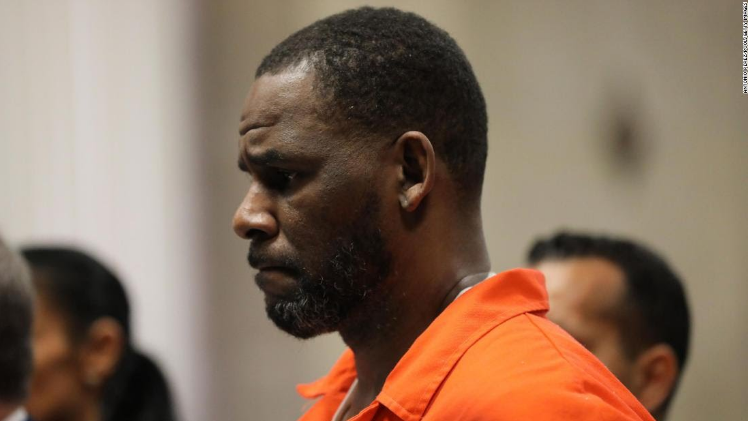 Disgraced RnB singer, R. Kelly, has been ordered by a federal judge to pay more than $300,000 to one of his victims in a decades-long scheme to use his fame to sexually abuse young fans.

A restitution order by U.S. District Judge Ann Connelly that was still being finalized is meant to cover the cost of treatment for herpes and psychotherapy for a victim referred to only by a pseudonym, Jane.

Jane, accused the jailed music star of giving her the sexually transmitted disease during one of their encounters.

R. Kelly, whose lawyer claims he only has 28,000 dollars in his account, could also pay tens of thousands of dollars more for herpes treatment and counseling for a second victim once the final tally is calculated.

The Grammy-winning, multiplatinum-selling songwriter appeared at the hearing in federal court in Brooklyn via video from a lockup in Chicago on Wednesday, September 28, and only spoke to exchange greetings with the judge and to turn down an offer to say more. None of the victims were in attendance.

Donnelly sentenced R. Kelly in June to 30 years in prison, after a jury convicted him of racketeering and other charges.

Prosecutors said the 55-year-old Kelly exploited his stardom and wealth over more than two decades to lure women and underage girls into his orbit for sex. R. Kelly was also convicted last month in Chicago on separate charges of child pornography and luring underage girls for sex.

He is awaiting sentencing in that case, and also faces various state charges in Illinois and Minnesota.

On Wednesday, after ordering R. Kelly to pay $300,000, Judge Donnelly denied prosecutors’ requests to compensate Jane for lost income, and provide any compensation to a third victim known as Sonja.

FEC Approves N580m For Purchase Of Armoured Vehicles For NDLEA