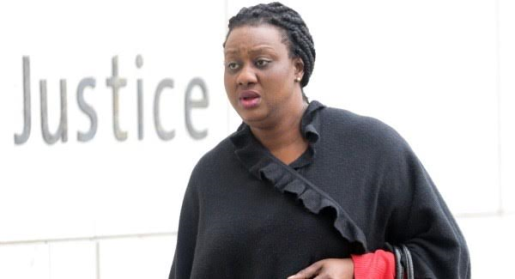 A mother accused of trafficking a Nigerian woman into Ireland and forcing her into prostitution has been acquitted on January 31, after several inconsistencies emerged in the alleged victim’s evidence.

The complainant had previously told a jury she underwent a “voodoo process” in her home country during which she swore she would not report the alleged trafficker, Joy Imasogie (aged 40). See previous post here

She said that once in Ireland she had to have sex with up to ten men a day to pay off a €50,000 “debt” to Ms Imasogie arising from her being brought to Ireland.

Ms Imasogie of Chapleswood Crescent, Hollystown, Dublin 15, had pleaded not guilty at Dublin Circuit Criminal Court to organising for the woman to enter the country illegally, to compelling or coercing the woman to be a prostitute and to controlling or directing the activities of prostitution for gain on dates between March 2006 and April 2008.

Judge Patricia Ryan directed the jury to find Ms Imasogie not guilty following a defence application for the case to be withdrawn. The judge ruled it would be unsafe to the jury to consider the case given the clear contradictions in the evidence.
During the trial the alleged victim told the jury that she had stopped working as a prostitute in 2008 after she broke contact with Ms Imasogie and threw away her phone.

The woman told the project she was still working as a prostitute and that she advertised her services on the internet. She also said she didn’t want help to leave that way of life.

Judge Ryan said the woman was not recalled by the prosecution to explain these inconsistencies. As a result “there is no explanation for how these matters arose,” the judge said. She said there was a “complete conflict in the evidence”.

During the trial the complainant told Kerida Naidoo SC, prosecuting, that she was living in dire financial circumstances with her grandmother in Benin City, Nigeria in 2006 when a neighbour told her he knew somebody in Europe who was looking for girls.
The woman said she then spoke on the phone to Ms Imasogie, who told her she owned a hair salon in Ireland and asked her if she was a “good girl”.

“She said I could help out in the salon and mind her children,” the woman told the court.

The woman said a man named Kingsley then arranged for her to visit a village where she swore an oath before a “native doctor”. Her nails and pubic hair were cut and she then swore she would not report Ms Imasogie or Kingsley to the police, she said.

She also swore that she would pay back a sum of €50,000, which she was told was the cost of travelling to Ireland. This was some kind of “voodoo process”, Mr Naidoo said.
She said that on arrival in Ireland Ms Imasogie told her she would have to sleep with men for money to pay off the €50,000.

“I was angry and crying, saying this wasn’t what I was told…I didn’t want to do that,” the woman said.

She said she was soon having sex with up to 10 men a day for no payment. She said all the money she received was handed over to the accused.

Ms Imasogie denied organising prostitution or trafficking the woman. She said she sometimes let the woman do her hair in return for food. The accused also alleged the woman was having an affair with her husband.

“She wanted to have a baby with him,” she told gardaí.

The accused also claimed the mother of the alleged victim was using voodoo to take her husband away from her, but “did not succeed”.

Related Topics:Court acquits mother accused of trafficking Nigerian woman into Ireland and forcing her into prostitutionDublin Circuit Criminal Courtslideshow
Up Next

HABITS THAT ARE LOWERING YOUR SELF ESTEEM (PART 1)