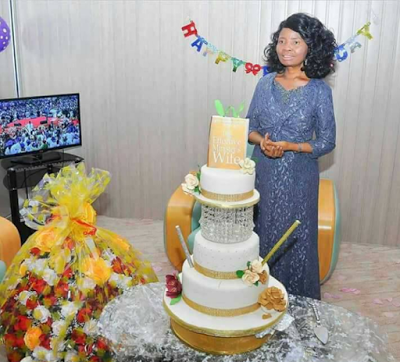 Birthday celebrations are synonymous with happiness especially when the celebrant has come of age. When there is a reason to be worried then something is indeed wrong.
This is the story of the 56th birthday of Faith Oyedepo, wife of Dr. David Oyedepo, the founder of the Living Faith Church Worldwide popular as Winners’ Chapel.
Since pictures from the woman’s recent birthday celebration emerged, it has become a subject of public appraisal, as her looks has been the biggest talking point.
Concerned individuals have been pondering and asking about the status of her health with no one to react.
Recall Mrs. Oyedepo was reportedly sick in 2014, following talks that she was wrongly treated in a South African hospital.