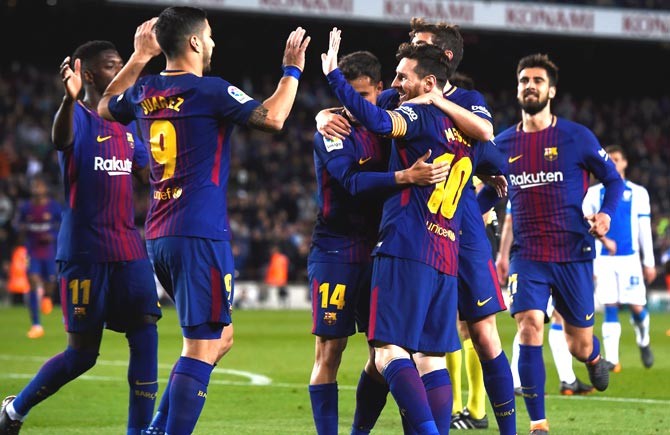 Barcelona, the Spanish football giant  have sent nine players out of the team.

The club also made a total of £111m from the various transactions involving the players, this summer.

Others who were also sold included Aleix Vidal who joined Sevilla for £7.6m and Brazilian midfielder Paulinho who made a £50m return to China with Guangzhou Evergrande.

Three other players, Douglas and Adrian Ortola left on loan while Andres Iniesta left on a free.

Related Topics:Clear Out: The Nine Players Barcelona Sent Packing This Summerslideshow
Up Next

How To Spot A Broke Man,The City Girls Reveal