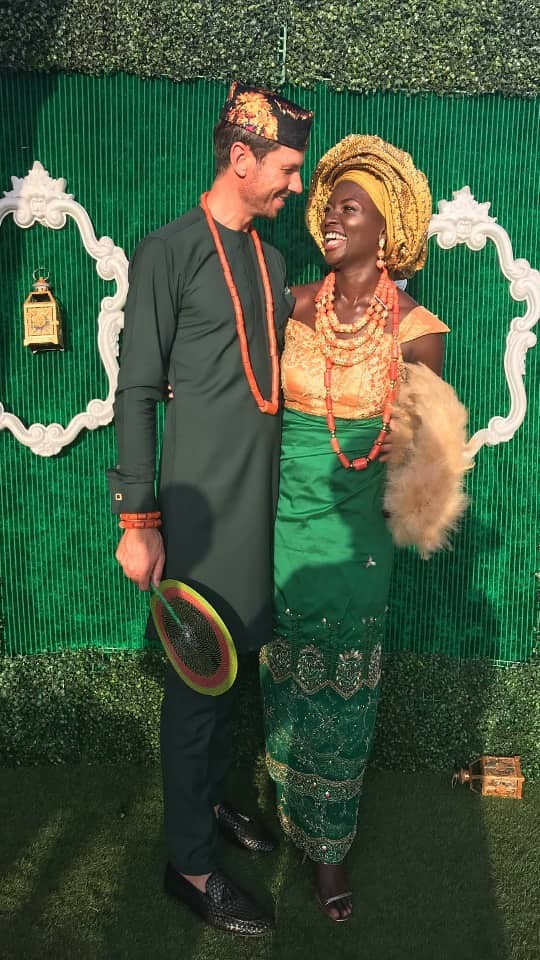 The joy of walking the isle is complete when a bride has her parents present at her wedding.

With each glace and a big encouraging smile from them, the bride becomes more confident that she is not alone.

A situation where only one half of the parent is available is considered half joy.

This was the secret pain that Chidiogo Akuyili, daughter of deceased Dora Akuyili nursed, as she recently walked the isle with her Canadian lover, Andrew David Parr.

Though all smiles as she walked the isle in a traditional ceremony which held in Agulu, Anambra state recently, there was no denying the happiness she was deprived of by not having her mother on ground, as she got married.

The ceremony of Saturday, June 2, was indeed devoid of the motherly love which the bride had come to be used to prior to the death of her mother.

Akuyili died in India after a long battle with Cancer on June 12, 2014, and was buried on August 28 of the same year. 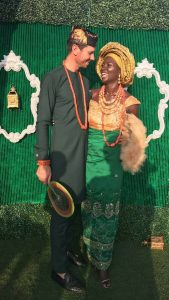 Andrew Parr and wife Chidogo during their wedding