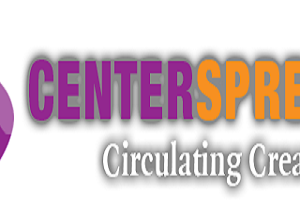 A Lagos High Court has dismissed, for lack of admissible evidence, a preliminary application by Skye Bank for an order pronouncing that Centrespread Advertising had agreed to pay the sum of N525million as outstanding indebtedness to the bank and compelling the latter to pay same.
In a motion for interlocutory injunction in suit No: LD/2362GCMW/16 in which Centrespread is challenging Skye Bank’s claim of its continued indebtedness, the Skye Bank counsel, Solomon Mbadiwe, had prayed the Court to rule that Centrespread had, in a letter dated June 16, 2015 and Claimant of Affidavit of June 22, 2016, admitted and proposed the payment of the sum of N525million to Skye Bank as final settlement of the loan agreement between the two parties.
He therefore asked the court to compel Centrespread to make full payment of the stated sum to Skye Bank while hearing continues in the original suit.
Delivering his ruling on the application at the resumed sitting of the court in May, the trial judge, Hon. Justice A. M. Lawal of the Lagos High Court, threw out the Skye Bank application on the ground that it was based on inadmissible evidence.
“The letter dated June 16, 2015, from the caption and the contents of the letter, it is written towards settlement of the dispute existing between the parties. Letters written towards settlement are classified as ‘without prejudice’ and the privilege that attends ‘without prejudice’ communication will not be denied to a document simply because it is not captioned without prejudice. As the letter of June 16, 2015 was written with proposals for the settlement of the loan dispute, such is not admissible and cannot be the foundation of an application for Judgment upon admission”, Justice Lawal ruled.
The trial judge noted that the court was not unmindful that the figure of N525m said to have been admitted by Centrespread are found at paragraphs 5, 6 and 16 of the Claimant’s pleadings and paragraphs 9, 11 and 13 of the Claimant Affidavit of June 22, 2016 filed in support of the motion of June 22, 2016 for Interlocutory Injunction. He, however, added that ‘a readings of these traced the source of the said admitted figure of N525m to no other source other than the letter of June 15, 2016”, adding that “since the letter is not admissible being covered by the ‘without prejudice’ privilege, the said paragraphs of the pleadings and Affidavit are also not admissible for the purpose of an application for judgment based on admission”.
In the Statement of Claim filed by Centrespread in the originating suit, the frontline advertising agency averred that while it is true that a transaction was carried out between it and Skye Bank Plc in 2007, it had made good on the terms of the agreement to pay back the principal borrowed loan which, according to the terms of agreement, would expire in the year 2020.
Centrespread further averred that a few years ago, when it felt that it was being subjected to exorbitant charges by Skye Bank, it employed the services of forensic financial analysts who confirmed its concerns as true.
Centrespread is therefore praying the Court to, among other reliefs, declare Skye Bank’s claim that it still owes the total amount declared in its record as null and void since, according to it, a substantial part of the figure being touted as standing against its name has been discovered to be illegal charges.
Alternatively, the Claimant is also praying the honourable court to compel Skye Bank to release the claimant’s loan account statement and for the loan account statement to be analyzed by a forensic analyst to be appointed jointly by both parties for the determination of the Claimant’s actual indebtedness to the defendant.
Further hearing in the matter was adjourned till August 12th of this year.
Post Views: 437