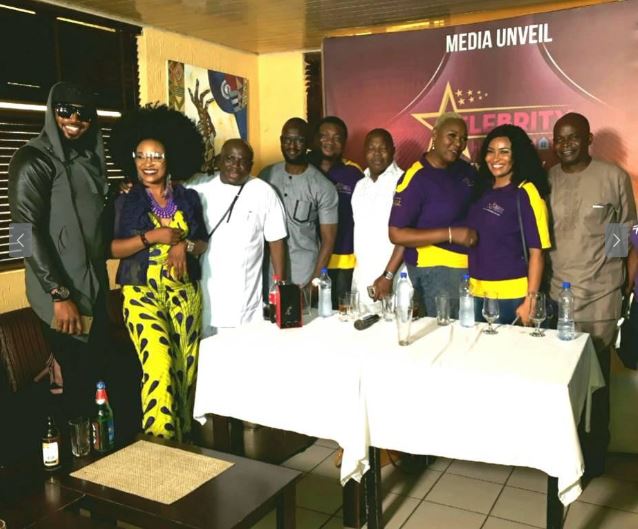 If there’s one thing we love about reality shows, it’s the fact that it’s real, unscripted and unpredictable. As a viewer, you can only hope and wish things go the way you want for your favourite character on whatever show, but you never really know.

It is in this light that we present to you, a new reality show called, ‘Celebrity Housemates’, which is scheduled to hit our TV screens and online from January 12 – February 11, 2018.

The Celebrity Housemates Reality show themed, ‘CONVERGENCE OF CULTURE, LIFESTYLE & ENTERTAINMENT’, is geared towards promoting peace and unity in the country, the celebrity contestants are drawn from all the 6 geographical zones in Nigeria and also bridge the negative perception of our nation and showcase our strengths.

The 12 contestants carefully selected across different spheres of the entertainment industry [Comedy, Acting, Music] will be camped in one house and will be placed on series of daily challenges & tasks, and the contestants will prove their entrepreneurial acumen through various challenges on the 4-week show.

The content of the show will focus on lifestyle, interpretation of culture, special games, entertainment and educational driven tasks, etc. Other top notch celebrities and role models in the society will visit the housemates to relate with them and share ideas on projects, careers and entrepreneurial achievements.

Each Week, viewers will vote for their favourite celebrity while the contestant with the weakest votes will be evicted. Every weekend, there will be a party in the house to celebrate the end of the week and encourage the contestants to loosen up. This party will be star studded as other celebrities will be brought to party with them.

The 30 days show will be streamed live on all scheduled online media platforms for 24 hours; one hour daily show on national terrestrial TV and cable stations.

According to a representative of ‘FlyforValue’ who are sponsors of the show said, our celebrities are normal human beings though their fans adore them and grant them a larger than life perception, it is imperative that we create a platform for their fans to connect, engage and get a peep into their lifestyles, hence the creation of the reality TV show.

“‘Celebrity Housemates’ is indeed a reality show with a difference. It is what the world has been waiting for”, to connect with their beloved stars.

It is a Nigerian legacy project, this is ‘our  own‘ says the organizers, Heartlink Ventures Ltd who are known for promoting the Nigerian cause across the world.

The show, ‘Celebrity Housemates’, which is scheduled to hit the TV screens and online from January 12 – February 11, 2018 is powered by ‘Heartlink Ventures Limited’ and is sponsored by, , ‘FlyforValue’, ‘Lagos Internal Revenue Service’, ‘Dope TV’, Masters Entertainment, Royalsec Security and part sponsorship by Amen Estate.

According to the Executive Producer, Kemi Otegbade, we are using this show to converge the Nigerian Cultural Values with the Ideal Lifestyle of Celebrities and Entertain Nigerians in an Educating and Exciting Way. We have been working on the Content Format and I can assure Nigerians of an Engaging & Exciting Experience on Television & Online when this show comes on TV and we can also confirm that it will be an annual event.

The project was made possible through the collective efforts of a team, Danladi Bako as Co -Executive Producer, Sola Fajobi as Consulting Producer with an advisory board comprising of media gurus such as Mayor Akinpelu, Funke Egbemode, Jahman Oladejo and many more.