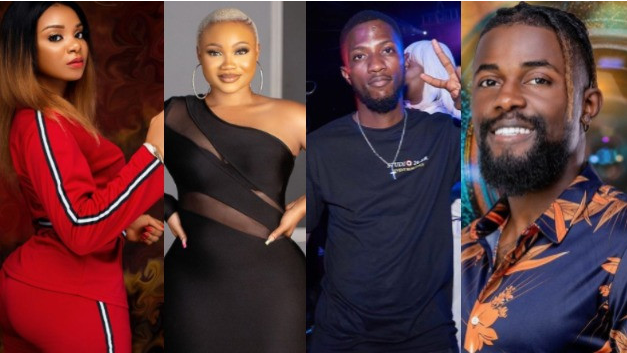 Big Brother Naija has pulled a stunt on viewers of the Shine Ya Eyes edition of the show.

While viewers were anticipating the first eviction show, Biggie, shocked them with the introduction of a new housemate, Michael.

The new housemate is an artiste rap and sings. He is 28 years old and hopes to bring excitement to the house.

“I don’t have a plan, I don’t even know what to expect. I am spontaneous. Single and on the lookout,” he told Ebuka before stepping into the house.

JMK who is from Kwara State is the third new housemate introduced by Biggie. Her real name is Jumoke. JMK is a lawyer, food blogger who likes food.

She is endowed both frontally and at the back. She describes herself as being sexy and gorgeous.

“I hate bad energy; I am bringing the good vibe. I am very emotional and I will be doing everything the former lawyers on the show didn’t do.

Another new housemate introduced to the show is named Queen. She brings all the drama to the house if the housemates like it or not.

According to her, being a Germini, she could be good, bad, and ugly.

She is also an activist and a philanthropist. One shocking fact about Queen, however, is that she has a bad mouth, according to her.

Big Brother Naija has pulled a stunt on viewers of the Shine Ya Eyes edition of the show.

Related Topics:Big Brother Shocks Viewer With New IntrigueJMKKBQueen
Up Next