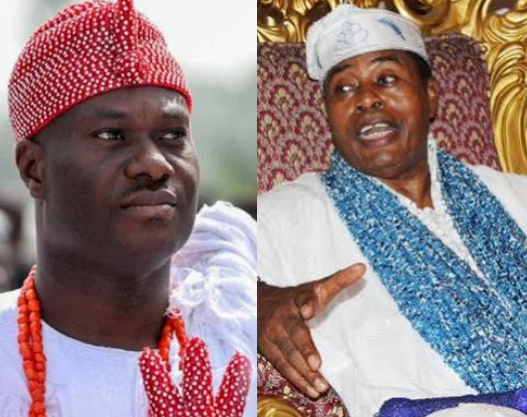 All respectable monarchs know that a detailed knowledge of Yoruba history and its heritage should be the hallmark of the dignity of the race.

However, this fact seems to be eluding some monarchs in the Yoruba kingdom.

In what seems a conflict of facts, Oba Akinruntan described Moremi Ajasoro, a member-by-marriage of the royal family of Emperor Oduduwa, as a traitor who should not be celebrated as a heroine.

However, countering his stands, Ooni Ogunwusi described Ajasoro, as a woman who used her powers to liberate her people from incessant invasion from terrorists. Further, the Ooni described the comment by Oba Akinruntan as a royal rascality.

Oba Akinruntan’s criticism follows recently unveiling by Ooni the tallest statue in Nigeria, which he built in honour of Queen Moremi Ajasoro, who according to him died a heroine in Ile-Ife several decades ago.