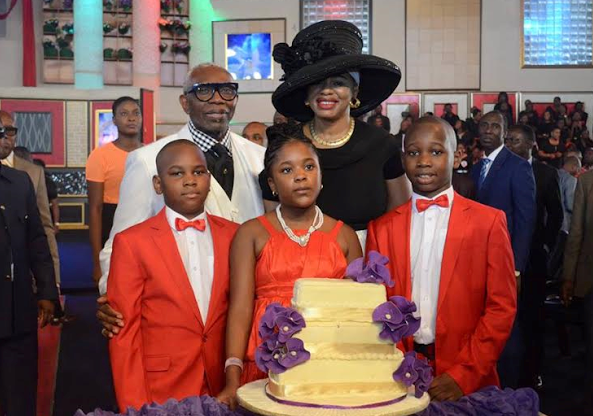 Last year, Ayo Oritsejafor the former President of the Christian Association of Nigeria (CAN) and founder of Word of Life Bible Church held an elaborate birthday party.The party became the talking point in christendom, as a lot of people were marveled at the show of opulence.Then, he was a right hand man of former President Goodluck Jonathan and many alleged that he benefited immensely from the man. For many, the party was grand because Jonathan had cushioned Oritsejafor’s pocket.Perhaps to prove that the opulence of his celebration last year had nothing to do with his association with the past President, Oritsejafor decided to celebrate another classy party recently.The party, which held in his church, was luxurious and had a touch of flamboyance.

Why The Oppoaition Is After ABS Managing Director