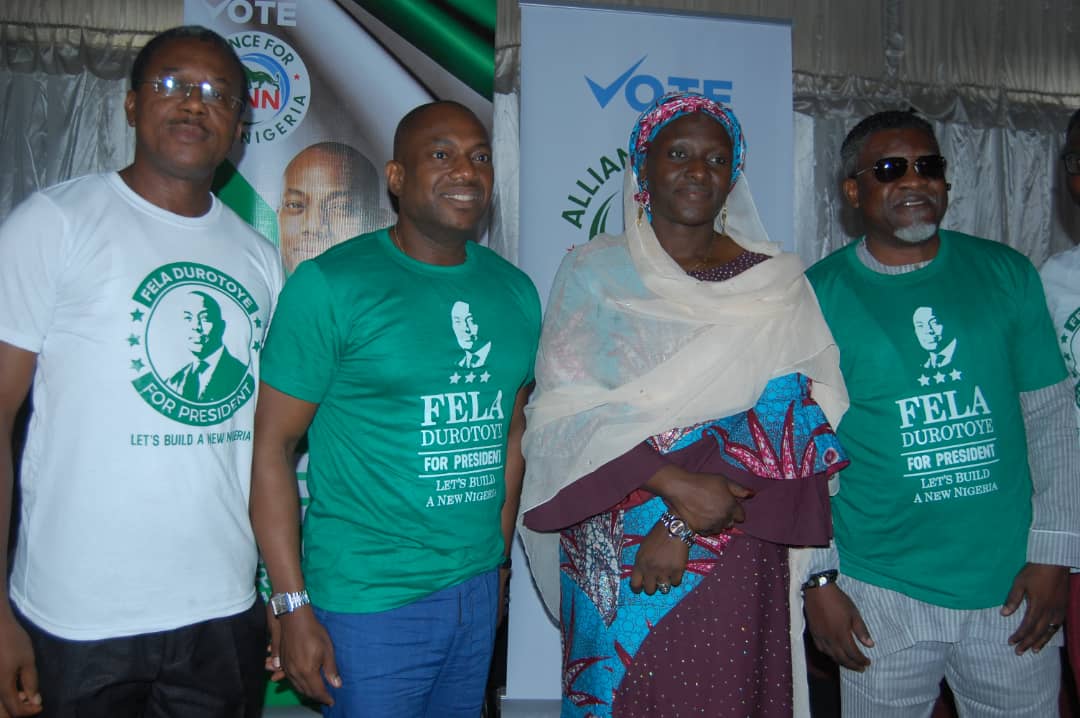 The Alliance for New Nigeria (ANN), has congratulated its vice presidential candidate, Hajia Khadijah Abdullahi-Iya on her brilliant performance in the 2019 Vice Presidential Debate which took place on Friday, December 14th.

A statement made available to www.theoctopusnesw.comt and signed by the National Publicity Secretary of the party said that Abdullahi-Iya performed beyond expectation despite the almost impromptu notice of the debate.

“The ANN were very proud of her very clever responses to questions that centered around the economy, on subsidy and how politics has for many years been the enemy of Nigeria’s positive change.”

“The party lauded her efforts towards affirming the position that the Alliance for New Nigeria (ANN) is the most credible alternative to the APC and PDP, two parties that have successfully brought Nigeria to its current ruins.”

Asking that Nigerians consider their decision in 2019, as encapsulated by their vice presidential candidate, whether they want more of the last  four years or a departure from it, ANN decried the slavery and sufferings that godfathers and cabals in politics have brought on the common Nigerian citizen.

The party thus asked that Nigerians vote ANN as it’s the only party that can deliver a New Nigeria where opportunities abound for all.

Ridding on the success of the vice presidential debate, the  party said that it was ready for the Presidential debate which has been scheduled for the 19th of January 2019, as it hopes to convince Nigerians that they have a credible alternative to vote for outside the APC and PDP which are two sides of the same bad coin.

Why I Dumped APGA-Yul Edochie