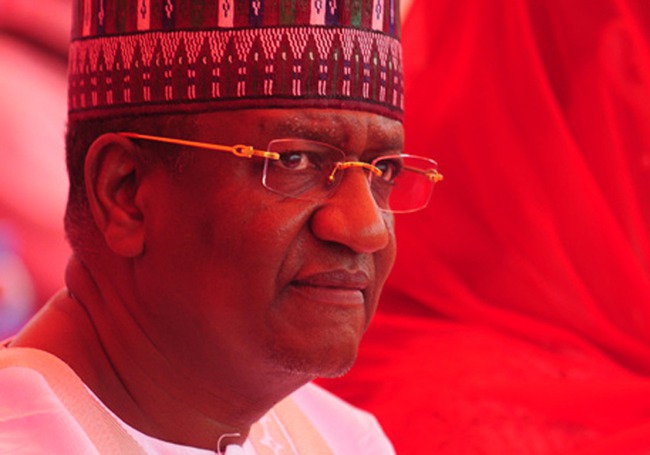 There is a storm in Ameena Indimi. It bellows like a hurricane stuck in a marigold or suburban azalea. You couldn’t have forgotten so soon how Ameena who is fondly called Yataka, raised a storm during the traditional introduction ceremony of her brother, Ahmed and Mr. President’s daughter, Zahra. Yataka insisted on taking her mobile phone into the Presidential Villa in Aso Rock, Abuja, contrary to security protocol.

Yataka wanted to record all the proceedings, including the delivery of the boxes made by the French luxury brand, Louis Vuitton, with her mobile phone, despite the fact it was against standard security protocol in the villa. However, a struggle ensued between Yataka and the security officials who tried to compel her to comply with protocol, only for her to resist. The incident attracted the attention of other dignitaries who tried to stop the scuffle.

There is no gainsaying Yataka is the most troublesome of the popular daughters of business mogul, Mohammed Indimi. She is the wife of Mohammed, the first son of ex-Minister of Power and Steel, Alhaji Bashir Dalhatu, who died in a power bike accident.

However, as we anticipated,Ameena Indimi was ousted from her role as executive vice president of the Nigerian junior Oriental Energy Resources (OER). Her father, Muhammadu Indimi, OER founder and main shareholder, took the decision after Ameena fired several senior staff members without his consent. Ameena laid off the company managing director and former Addax Petroleum executive, Ignatius Ifelayo, as well as several of her father’s personal financial advisors, including Michael Hailu.

The company chairman, with help from his trusted lieutenant, board member Goni Musa Sheikh, has reportedly been in direct contact with Ifelayo to negotiate his return to the company as soon as possible.

OER operates with a very few permanent managers and hands over the management of its finances and technical matters to former executives of the now folded junior Afren. This is the case of OER’s commercial director, Patrick Cherlet, and of Samiullah Sardar (former financial controller with Afren) and Ricardo Ramirez de Arellano. The latter two work for OER via the consultancy firm Houston Exploration And Production Services

OER holds several deposits on OML 67 sold by ExxonMobil in exchange for a royalty. The Nigerian junior shared its output from the deposits with Afren, until the latter went into receivership. This explains why so many former Afren crew have found themselves among OER’s ranks.

One of OER’s strengths is its founder’s extensive network. Indimi’s son Ahmed Indimi is married to Zahra Buhari, the daughter of Nigerian head of state Muhammadu Buhari. The group stands in good stead to increase its asset portfolio during the next bidding round which should put several marginal fields up for offer after the elections in February 2019.

Between Babatunde Raji Fashola And Akinwunmi Ambode***Who Is Having The Last Laugh?