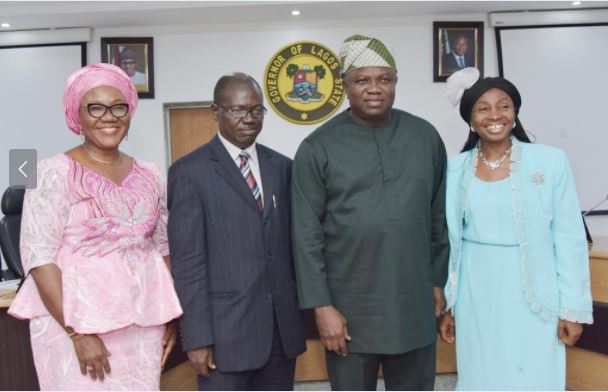 Lagos State Governor, Mr Akinwunmi Ambode on Friday swore-in two new Permanent Secretaries, with a charge on the appointees to add value to the State Civil Service and to come up with fresh ideas that will facilitate delivery of dividends of good governance to the people.

Speaking at the brief but impressive ceremony held at the Lagos House in Alausa, Ikeja, Governor Ambode said the position of Permanent Secretary was very crucial to the smooth running of government machinery, and as such the new appointees must justify the confidence reposed in them by making positive difference especially in the manner through which responsibilities are discharged.

According to the Governor, “In discharging their responsibilities as the accounting officers of the various Ministries, Departments and Agencies (MDAs), Permanent Secretaries are expected to provide leadership and ensure effective coordination of government business with one goal in mind which is effective and efficient service delivery to the people.”

While expressing confidence in the ability of the new appointees to deliver on their well-deserved appointments, Governor Ambode also lauded the Body of Permanent Secretaries in the State, saying the body had proven to be a reliable pillar of support to his administration since assumption.

He said the new Permanent Secretaries – Engr Abdul Adeniyi Omotayo and Mrs Adebimpe Dada who were appointed from their previous positions as substantive directors, had been part of the process and well acquainted with the standards that have been set by his administration, hence they must bring their knowledge and years of wealth of experience to bear on the public service, adding that such remained the only way to justify the confidence reposed in them.

He said: “In line with the well-acknowledged policy implementation strategies that we have set out which is driven by creative and innovative thinking, I expect you (new Perm Secs) to come up with new ideas that will make positive difference in the way and manner responsibilities are discharged in your assigned MDAs.

“This is the way to go if we are to align with modern realities and also keep pace with the expectations of the diverse and enlightened population like a State that we are running.”