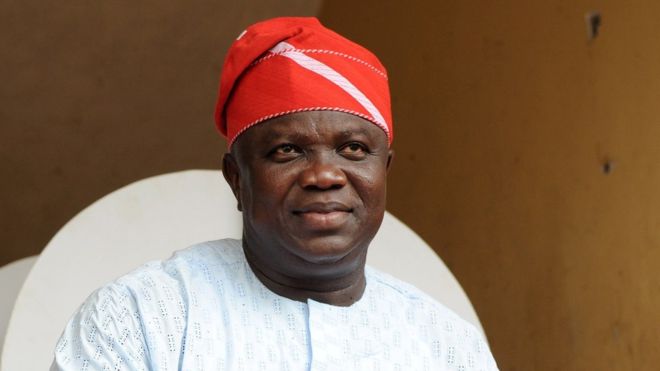 Ajimobi’s death was announced on Thursday at the age of 70, after battling Covid-19 complications at a private hospital in Lagos.

Ambode, in a statement signed by his media aide, Habib Aruna, described Ajimobi’s demise as a personal loss, saying that the former governor meant more than a brother and a colleague to him.

“I received the news of Ajimobi’s demise with a heavy heart. This is a great loss to me. I can easily recall so many fond memories we shared when we were Governors of our respective States. We were very close during the period and I saw him as an elder brother always.

“He was always full of wisdom, very witty, always willing to provide his honest opinion on issues. His political sagacity was one I admired from afar and I am glad to have shared many memorable moments with him,” he said.

Ambode said Ajimobi’s eight years as Governor was remarkable, saying that his strides across the length and breadth of Oyo State will never be forgotten in a hurry.

“Ajimobi was very passionate about his state, the Yoruba agenda and the Nigerian project. He was a progressive party man to the core and Oyo citizens will testify to the fact that he left the State better than he met it,” he said.

Ambode also condoled with the family of the late Oyo governor, urging his widow, Florence, to take solace in the fact that her husband lived a fulfilled life and left an indelible mark on his people.

“This is a big loss. As much as he was a politician, he was also a devoted family man. I pray that Almighty God will grant him eternal rest and his entire family the fortitude to bear this irreparable loss,” the former Lagos governor said.

Sanwo-Olu at 55: We Have A Governor Truly Leading Lagos – Speaker Obasa