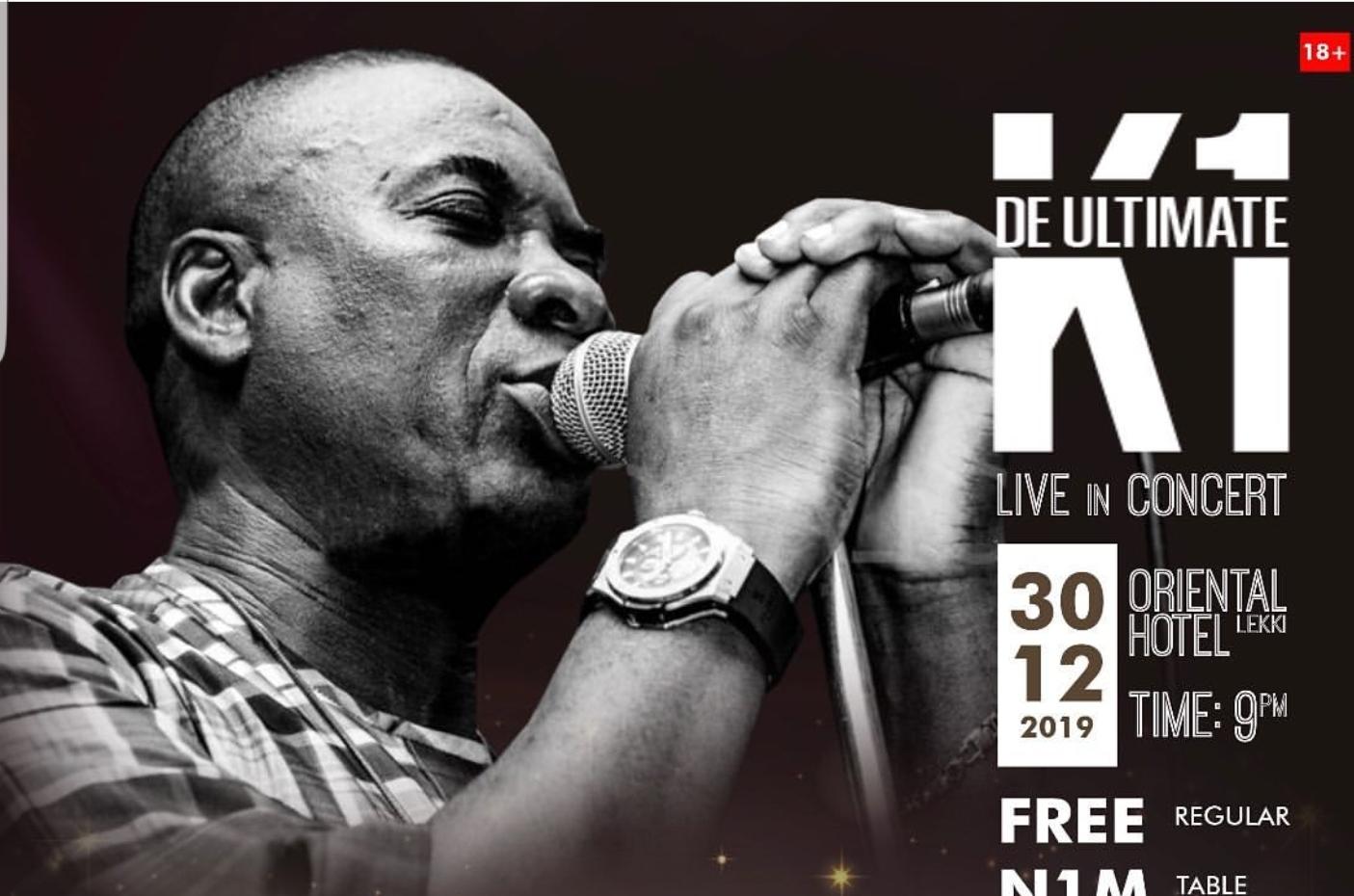 Barring any hitch, come Monday the 30th of December, it will be another auspicious moment of music and comedy for the annual K1- Live In Concert Show.
The event which has been a show-stopper since it started some years back will be held at the prestigious Oriental Hotels Victoria Island Lagos. As usual, the concert promises to bring undiluted fun to guests as a wrap-up of the gladsome year in order to usher in another millennium.
The event which has proven to have the magnectic power of pulling together the crème de la crème of the society will not fail in this regard going by the plans already on the ground.
Expected to perform alongside Mayegun Of Yorubaland designate, K1 De Ultimate, are top artistes like 9ice, Burna Boy, Idowest, Zlatan Ibile, Slimcase, Jaywon, Dammy Krane, Terry Apala, Naira Marley and a host of popular Nigerian comedians. The event is bound  to show another side of K1 as the undisputed Fuji Lord
Post Views: 722

Will Wizkid Really Get Married In 2020?