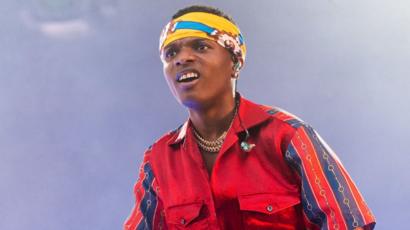 There are doubts about Wizkid settling down in 2020.

The singer had taken to social media on Tuesday, December 24, to announce that he would be getting married next year. He wrote: “Next year! I’m getting married!”.

However, the pronouncement has been trailed by doubts and disbelieve, as music pundits say it is all for the gram.

There are also those who have asked if he would be getting married to Tiwa Savage, a longtime friend, and associate.

Tiwa Savage and Wizkid have been continuously trailed by relationship speculation, and many argue that the announcement by Wizkid is just to further fuel speculations about him.

On several occasions, Wizkid is known to have tapped Tiwa Savage backside, and many believe this pronouncement by the ‘Ojuelegba’ singer is a typical showbiz move.

This position is strengthened by the fact that in March 2018, the musician categorically stated during a radio interview on Urban 96.5 FM Lagos that he may never get married.

Wizkid who already has three love children from the same number of women was quoted as saying that marriage is not his thing.

“I have no plans to get married except all the women that have ever been in my life agree to marry me at the same time.”

He went on to say: “I have a lot of women that are really really dear to my heart,” when asked to pick one woman from his long list.

Related Topics:Will Wizkid Really Get Married In 2020?WizKid
Up Next