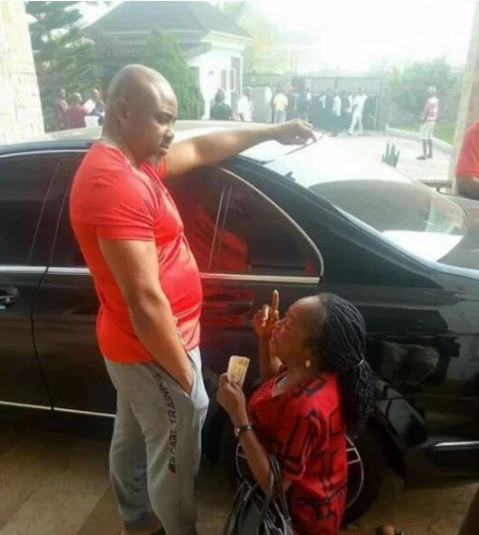 If there was ever a future political career for Monday Eyo, a lawmaker in the Akwa Ibom State House of Assembly it might just have been thrown into the bin.

Eyo, has come under heavy criticism for a picture which shows a woman old enough to be his mother kneeling before him asking for a favour.

In the picture, an unperturbed Eyo could be seen gloating at the woman, as his critics wonder what kind of representative they elected into the house to represent them.

Apparently, a slave master situation aptly describes the picture, as the people who voted Eyo into the house have quickly turned his slave.

One of Eyo’s biggest critic is Inibehe Effiong who is is totally disgusted over viral photo. Effiong wrote thus to express his distaste of the picture:

“Look at him, standing arrogantly like a little emperor with his hand in his pocket while a woman old enough to be his mother kneels before him in public, ostensibly begging for favour.

Monday Eyo, a man that parades himself as a lawmaker in Akwa Ibom State. He is just an ordinary member of the House of Assembly. Imagine if this misfit of a lawmaker unfortunately becomes the governor or President one day. Honourable my foot.

This is so disgusting.

Akwa Ibom is in the hands of vagabonds, cultists and criminals. They have no mercy for the poor.

Anyone that comes here to tell me that the woman knelt down on her own volition is an enemy of the people.

SLAVES IN LOVE WITH THEIR CHAINS. 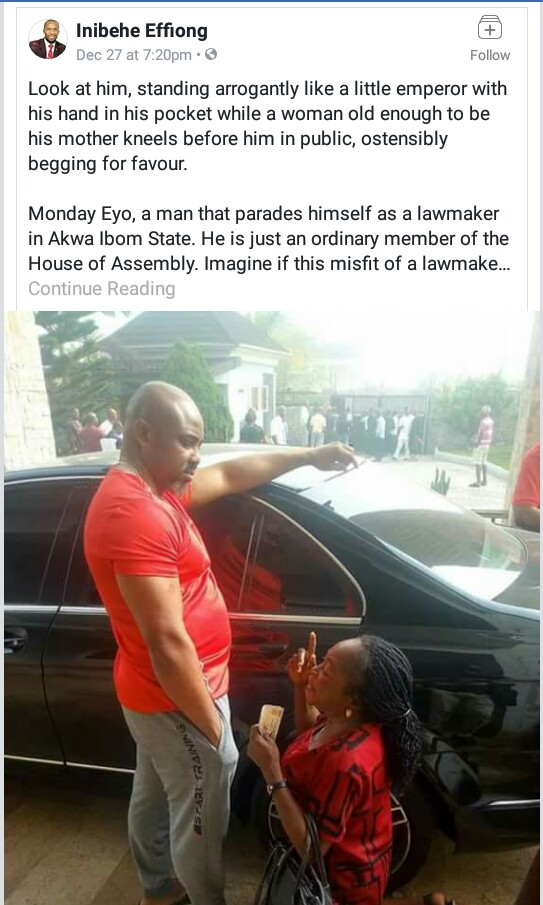 I Become Cautious When I Am Over Excited-Hon. Tunde Braimoh