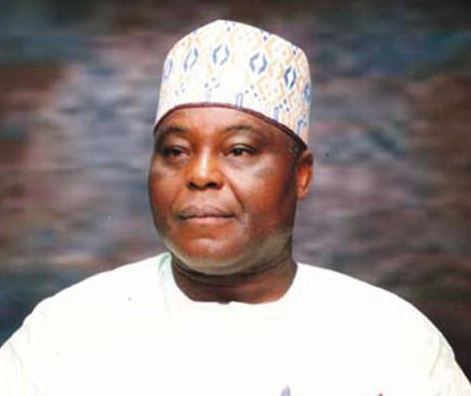 Founder of DAAR Communications, Chief Raymond Dokpesi, has spoken on his interrogation at the national headquarters of the Nigeria Immigration Service (NIS).

According to him, he was invited over his international passport.

Recall that he was arrested by security personnel believed to have been detailed from the Department of State Service at the Nnamdi Azikiwe International Airport Abuja, on his return from medical check up abroad last Friday, March 23.

The politician who was again invited by the Immigration and questioned at the Comptroller General’s Investigation Department on Wednesday, March 27.

After about an hour of interrogation, Dopkesi told reporters that Immigration Service demanded for his international passport which he said was in the custody of the Federal High Court.

Below is a transcript of his reaction published by AIT:

I just returned from a medical trip overseas last Friday, March 22, 2019, when I was arrested for 50 -55 minutes at the airport. I was told that they have instructions from above to arrest me on my return but after a few phone calls and contacts, the immigration officer at the airport told me that he has instructions from above that I can leave and he gave me back my passport and told me that I should go and that they will reach me subsequently.

On Monday, I received new information and in line with the normal process, I returned my passport to the Federal High Court since I travelled under judicial approval or permission. So I returned my passport and came back and gave notice that I might have to go for a medical check-up so that they will ensure that the operation was successful and that all the organs and everything is properly healed.

So when I got the letter yesterday the 26th, I replied that same yesterday the 26th notifying them that I have returned the passport to the Federal High Court and that it has been duly acknowledged and added all the necessary information and so on. But the officers who interrogated me said that they had expected me to go back to the Federal High Court and obtain the passport with their letter of invitation. I told them that I totally defer from that line of thought.

But I stood my ground and said, well I am a Nigerian citizen, I have travelled out for my medical treatment. I am back to the country and I voluntarily came back and has handed over my passport to the appropriate authority. They were telling me that the passport was a property of the federal government and federal government has a right to withdraw it at any time.

What is the situation of things now?

The resolution now is that of course, they said I should go home, but he left with an annotation that should they have any reason to invite me after they had reviewed my statement that I wrote and the letter I sent to them yesterday, that I should honour the invitation when I do receive it.

Is there any indication that they want to impound your passport?

Definitely, if I had brought my passport today, they would have impounded it, that is what it is. There are no two ways about it but the passport is with the Court. But even if they decide to do so, like I said the passport is a property of the Federal Republic of Nigeria, so they can request for it.

Do you suspect any foul play?

I do not suspect any foul play, I can only say what I know but honestly, this is the handiwork of the Buhari federal government.

What actions are you going to take now?

Honestly, there is nothing I can do, I am already in court, we have challenged Order 6 and all the Orders that are there, I am a citizen of the Federal Republic of Nigeria and it is through my own sweat that I went for treatment.

Police Arrest Man For Raping 7-Year Old Girl, Says I Was Influenced By An Evil Spirit