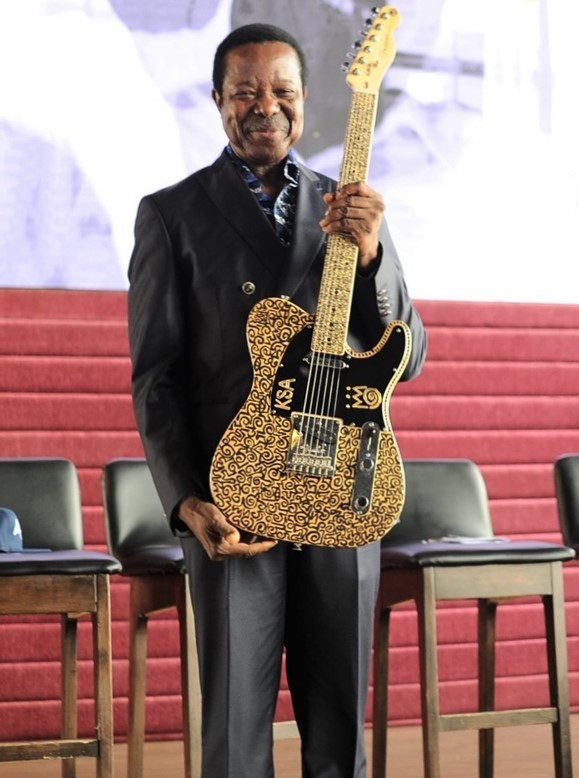 One of the daughters of High Chief Raymond Dokpesi has been attempting to clear her name having been linked to musician King Sunny Ade (KSA).

According to speculations, KSA is the father of Homto Dokpesi’s son.

However, clearing the air about the paternity of her son during an interview session, the daughter of the founder of DAAR communications denied the position.

Reacting to rumours of King Sunny Ade being the father of her child in an interview, Homto stated that she doesn’t know the fuji star personally.

“King Sunny Ade had done a song in honour of my dad years ago. I think I was about five years old at the time and my name was mentioned in the song. I still get people saying to me, ‘Oh, this is the face of Homto from that KSA Song’.

“King Sunny Ade always plays in all of our events that I can remember. Even as far back as my dad’s 35th birthday. He performed at my village in Agenebode for my grandfather’s burial. He performed at my siblings’ weddings and even on my traditional wedding day. I met KSA through the influence of my dad.

“I do not know KSA personally aside from dancing to his songs on stage.

“Everyone is always looking for answers to their questions. Even though the father of my child is not in our lives, a decision he made which I choose to respect, my son knows who his father is, and the father knows he has a son. What more can I say? I would rather keep my private business private.”

On her ex-husband, Homto said:

“It was after I got into my previous marriage that I realised it was never love. It was all about being with Homto (Dokpesi’s daughter) for what she has, not who she is as a person.

“My ex-husband had issues, and when a man cannot deal with his issues, he starts abusing you physically, emotionally and mentally. I tried with him, it did not work. You know with men, once they come out and say a woman is barren, a lot of people believe it. He said I was barren. But my dad stood strong by me. That is why I owe my life to him. My dad paid for us to go to the UK to do tests. Afterwards, my baby’s father appeared. That’s why I do not hold grudges against my baby daddy, because he was the reason all the doubts on my fertility was put to rest. But in his own case, we had broken up for a while, and there were rumours of my dad being named the chief of staff to the then President Goodluck Ebele Jonathan. All of a sudden, he was back, and up until 12th of February we saw and spoke. He was well aware I had got pregnant. We discussed it and he promised coming to see my family.

“On the 14th of February 2014, a chief of staff was named, which was not my father, and my calls and messages from that day were never answered, even till this moment! These are brunts that we face; not because we are not good people but because we may never find people who love for who we are, but people who love for what one is worth or what they can gain out of one.

“So, I truly do not live in the minds of men or have an idea on what their thoughts and intentions are. But I am guarded on friendships and relationships, because at the end of the day, everyone has a reason for every action.

“I don’t have any. My only hope is to be able to aspire that as a young woman, no matter how life may have tilted your crown, it can still shine. As for my ex-husband, he realised his mistakes but it was too late. The same girl he referred to as barren, the same girl he made his family believe was not good, has turned around to have a child and is doing well in several businesses.” 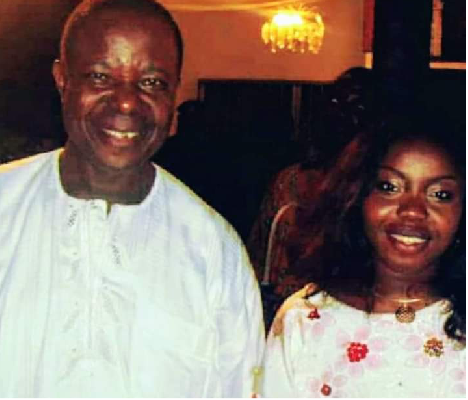 Why Illbliss, Wife Are Presently Happy