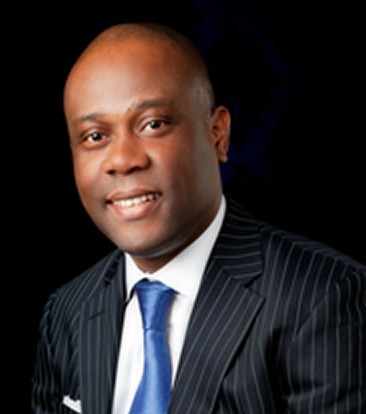 “There are things I could do ten years ago that I won’t dare try today”, an anonymous, but revered immigration lawyer was once quoted to have said.

Indeed, there are business dealings that a young banker would go into, but would not touch with a very long stick as the Managing Director of any financial or investment company.

As the Managing Director of Access Bank Plc, Herbert Wigwe, a handsome and intelligent banker of many years led the financial institution well. Indeed, many would argue that he took the bank to the next level after the tenure of his former boss, Aigboje Aig-Imoukhuede expired.

Appointed in 2013, by the board of Directors of Access Bank Plc with the mandate to lead the financial institution as Group Managing Director, Wigwe never looked back, as he brought in one innovation after the other, thus paving the way for the bank to become one of the most respected financial institution in the country.

His role in the acquisition of the now defunct Diamond Bank also brought in a new dimension to Access Bank, as it made the financial institution a lead in banking as far as technology is concerned.

Aside from harnessing the resources gotten from the acquisition of Diamond Banks, he went on to acquire more banks outside the country, as the bank’s outreach grew bigger and bigger in Africa.

However, amidst the great achievements of the banking wizkid are indelible blights from past business dealings now oozing unpleasant odour.

As Managing Director of Access Bank Plc, Wigwe was in 2019 indicted for some alleged offences. Notable among them was an allegation of fraud to the tune of 2.5 Billion Naira.

Wigwe alongside others such as Alawode Oluseye, Bayo Adesina, and Access Bank Plc (the company) were alleged of conspiring and stealing 23,754.413 metric tonnes of steel billets.

Thus, they were slammed with a 21 counts charge by Police Special Fraud Unit in Lagos State.

According to the charge sheet, Wigwe, Oluseye, Adesina, and Access Bank Plc (the company) were accused of conspiring and stealing 23,754.413 metric tonnes of steel billets valued at ₦2.5 billion belonging to BMCE Bank International Plc.

Further, the charge sheet stated that the defendants falsely presented themselves as the owners and sold the steel billets to Metal Africa Steel Products Limited without the authorisation of the actual owner.

Shocking was the fact that the police said the defendants forged bill of ladings numbers said to have been issued on January 9, 2016 to execute the fraud.

Although the matter was eventually settled out of court on the bidding of Wigwe, there were questions regarding the possibility that the accused knew they were guilty and opted to settle under the carpet rather expose themselves to public ridicule.

In another matter, a High Court of the Federal Capital Territory (FCT), in Bwari, Abuja, issued a bench warrant for the arrest of Wigwe, Mrs. Neka Adogu, and two others.

Justice Othman Musa issued the arrest warrant after lawyer for the prosecution, Osuebeni Akposinimingha, complained that he was having difficulty bringing Wigwe to court to answer for offences brought against him.

The Independent Corrupt Practices and other Related Offences Commission (ICPC) had filed a four-count charge marked CR/32/2017 against Wigwe and others, following which the court fixed a date for their arraignment.

Wigwe, Mrs. Adogu and the bank were accused among others, of refusing to unfreeze some accounts belonging to two customers – Blaid Construction Limited and Blaid Properties Limited, even after a court order and a directive to that effect from the ICPC.

Damning as the two cases sighted might be, there are several other matters involving Wigwe that have not paintedhim in a positive light.

While all of these might have happened in the past, the need for Wigwe to realize that he can’t continue with such a profile as the Group Managing Director of Access Holdings can’t be overemphasized, especially as such line of dealings would be tantamount to painting the new brand in the worst of light even before it hit the ground running properly.

Collaboration, Agriculture And Technological Innovations tools to Reposition the Financial Services Industry in Nigeria for an Evolving Glocal Context-Farouk Gumel