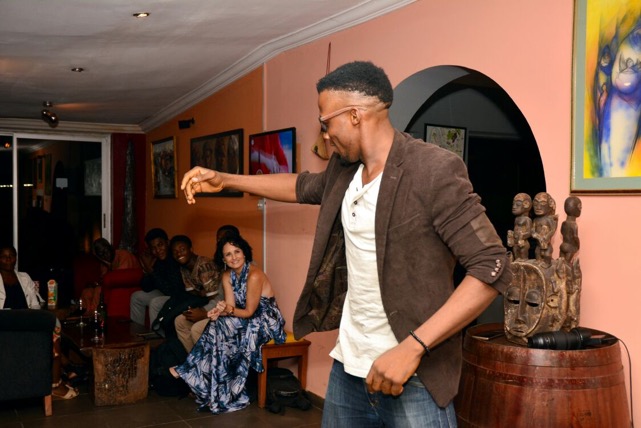 Nigerian theatre and film industry is one of the most competitive in the world and only the very best talents get the juicy roles. The best never stop working on their craft. Therefore, in a bid to fill this training gap, Ronya Man Arts announces ACTINGOUT, a professional acting training session and an “audition party” where talents can showcase their acting skills.

ACTINGOUT gives young actors and performers real valuable know-how in the field of acting, performing, and auditioning, as well as connecting them with productions; thus helping them integrate into the industry. Participants will have the opportunity to showcase their talent before established Directors, producers and actors from both theatre and film. Winners will go home with a prize.

The first edition of ACTINGOUT was graced by notable figures such as Makinde Adeniran, Wole Oguntokun, Victor Okhai, Ebun Feludu and Orji Camilus Ibe. It featured both acting and dance performances for the theme movie- Godfather by selected fresh talents.  ACTINGOUT is also a mini-one-night workshop. This platform presents an opportunity for thespians to learn and connect. Performing at this show is free.

Ronya Man Arts experts provide acting and vocal training as well as stage skills for young performers. ACTINGOUT is RMA’s offline event which brings together directors producers and actors from all ends of entertainment in Nigeria and its boarders, creating a social network to showcase and hunt for talent. Some Nigerian companies such as Keexs and Breach & Buckler have lent their support for the initiative.

Ronya Man Arts was founded by Ronya Man – a director, an actress, a singer-songwriter and an acting and vocal trainer from Israel. Ronya Man Arts focuses on coaching professional actors and singers on honing their talents and creative skills.

The fourth upcoming ACTINGOUT edition will feature the movie Selma; a chronicle of Martin Luther King’s campaign to secure equal voting rights. It is set to take place on December 10th, 2016 at The Bottles Restaurant, VI. Lagos. Intending participants should reach out by sending an email to ronyamanarts@gmail.com.