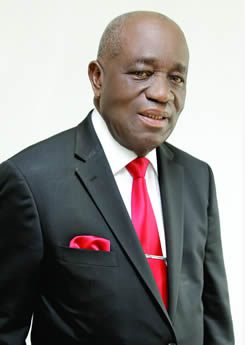 Age they say is nothing but a number. However, for some people, it is indeed more than that.

This is one theory which applies to Moses Ekpo, the Deputy Governor of Akwa Ibom state.

Since his assumption of office, Ekpo’s biggest undoing has been his age. While the man might have performed wonders in his office, his ‘haters’ still like to make obvious the age difference between him and his boss, Gov. Udom Emmanuel.

This talking point was visited recently when Ekpo was spotted at a hotel located somewhere around Oluwaleimu Street, Off Allen Avenue, Ikeja, Lagos.

The man’s age was the talking point yet again, as guests who observed him from afar wondered what a man his age was doing being a politician.

I Grew Up Having People Calling Me Beauty Queen- Miss Nigeria