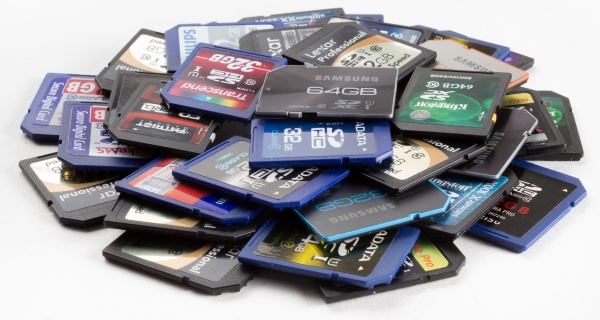 Don’t be tempted to buy the one with the largest capacity; you should first check what your device supports. Generally speaking, less expensive Android devices support SD and SDHC cards, meaning you’ll be limited to 32GB max. Additionally, according to CNET, the following is a list of a couple of Android devices and their supported capacity: Galaxy S and S7 Edge (200GB), LG V10 (2TB), Moto G 2015 (32GB), Xperia Z5 Compact (200GB), and OneTouch Idol 3 (32GB).

In addition to the standard speed classes mentioned above, there are two Ultra High Speed (UHS) classes. UHS cards are significantly more expensive and are designed to be used with UHS compatible devices. UHS cards typically have a classification of either 1 (UHS-1 Class 1) or 3 (UHS-1 Class 3), with 1 signifying a minimum speed of 10 MB/s and 3 a minimum speed of 30MB/s. The UHS class has two bus types labelled ‘1’ and ‘2’, however the UHS-2 bus type is rare.

MicroSDHC and microSDXC cards can be any of these three classes, since capacity and speed are not directly related. MicroSD card type (SDHC or SDXC) and capacity (GB or TB) are directly labeled on the card. The four speed classes mentioned above have logos to signify their minimum speed, for example Class 10 is the letter C with the number 10 inside. The UHS-1 Class 1 and Class 3 are the letter U with a 1 or 3 inside, respectively. Finally, you may also see a ‘I’ or ‘II’ labeled on the card, which references a UHS bus speed.

WATCH OUT FOR FAKE CARDS AND CHEAP BRANDS

It’s incredibly easy to buy a fake memory card. Be weary of incredibly cheap deals on branded cards from non-reputable sellers, chances are the card is fake. Some of these fake cards carry ‘SDHC’ marking but list capacities over 32GB. Some list capacities of 256GB but are cheap 4GB cards. To avoid this, it’s advisable to purchase your SD cards from a reputable seller.

Additionally, you should equally be weary of cheap no-name brands. Some of the cards from these no-name brands tend to fail and when they do they take all your data with them. For this reason, it is usually safer to buy cards from big brands. You typically can expect better performance and greater reliability from these cards, and you can also get a warranty from them (where your card can be replaced if it fails). SanDisk is an example of a good microSD card brand.

Related Topics:6 WAYS TO MAKE microSD CARDS COMPATIBLE WITH ANDROID PHONESslideshow
Up Next

Signs your PC is about to crash