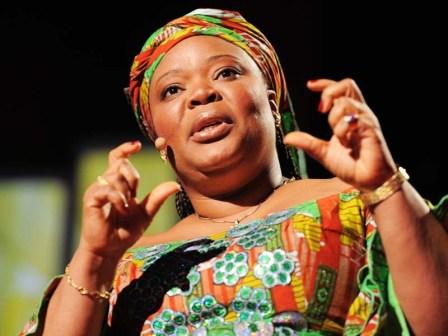 If you walk into any of the world’s most powerful institutions (government, academic or corporate) you will identify one or two women that are shaping the lives of the world.

As we celebrate Women’s Day today, Jumia Market is showcasing their top 5 African women who work behind the scene, making their impact in the world today.

Bilikiss Adebiyi Abiola: Topping the list this women’s day is the Nigerian CEO of a recycling company, Wecyclers, in Lagos. Bilikiss was born in Lagos, however, she obtained her masters degree at Vanderbilt University. In 2012 she co-founded a company called Wecyclers which collects recyclable rubbish from households in Lagos. Once the rubbish is sorted then her company sends back SMS messages to the person who supplied the rubbish. As at October 2015, the company had collected over 500 tons of rubbish. She recently got an investment that will help grow her asset base, issue a 2 to 5 years diaspora bond against the assets that will be backed 50% by the US government through USAID development credit authority. The company also works in partnership with the Lagos Waste Management Authority.

Leymah Gbowee: Taking the 2nd place is Leymah Gbowee, a social worker and peace activist who is best known for leading a nonviolent movement-Women of Liberia Mass Action for Peace that played a pivotal role in ending Liberia’s distressing and catastrophic fourteen-year civil war in 2003. In 2011, she won the Nobel Peace Prize for her historical achievement, an award only three African women have won. Also, all her achievements paved way for the election of Africa’s first female head of state, Liberian President Ellen Johnson Sirleaf.

Fatou Bensouda: Known as the woman who hunts Tyrants with a reputation of a dogged prosecutor, Fatou Bensouda is the chief prosecutor of the international criminal court in the Hague. She grew up in Banjul, the capital of Gambia however she graduated from the Nigerian Law School in Lagos before returning to Gambia to begin a career in 1987 as a public prosecutor. She is known to have prosecuted the famous tyrant and Congolese warlord Thomas Lubanga after he was found guilty of abducting children as young as 11 and forcing them to fight.

Mimi Alemayehou: This adorable Ethiopian lady is a financial development executive who has held several top roles under George Bush and Barrack Obama Administration. She is credited as one of the architects of President Obama’s Power Africa initiative to increase energy access across Africa. She received a Distinguished Honor Award from ex U.S. Secretary of Treasury Henry Paulson for her service in executing board decisions at the Africa Development Bank (AFDB) on behalf of the US government.

Yasmin Belo Osagie and Afua Osei– Why 2 women? They are both founders of  African women social enterprise, SheLeadsAfrica that equips female entrepreneurs in Africa with the knowledge, network, and financing needed to build and scale strong businesses. Yasmin, a Nigerian- Ghanian is a graduate of Princeton University with masters in History and Finance and Afua, a graduate of the University of Chicago  with masters in Business Administration started SLA in 2014 with the goal to share entrepreneurial ideas and to provide support and access to women who are willing to grow and have good prospects for the business. With their Entrepreneur Showcase, women are given the opportunity to pitch their start-up ideas and the winners of the competition are awarded at least US$10 000.

5 REASONS TO EXPLORE THE RITZY FEDERAL CAPITAL CITY OF ABUJA