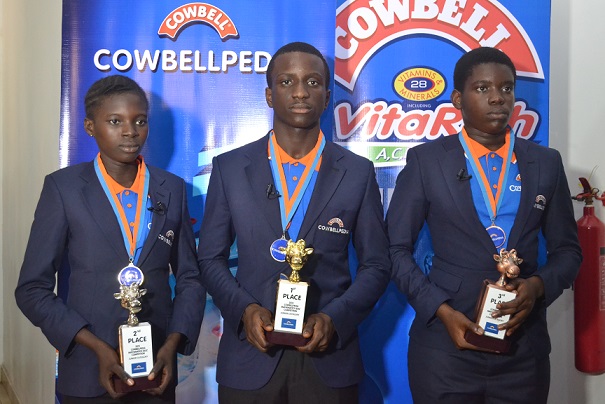 The preliminary rounds of the 2016 Cowbellpedia Secondary Schools Mathematics Television Quiz Show ended last weekend and produced 36 semi-finalists who are set to battle for the 12 slots in the finals of both Junior and senior categories.

Out of the 36 semi-finalists, there are 17 males (47%) and 19 females (53%). The breakdown of the figure shows that out of every 10 females that participated in the preliminary rounds, 5 females qualified, while out of 10 males that participated in the preliminary rounds, 2 males qualified for the semi-finals. In 2016, to encourage Girl Child Education, the brand sponsor, Cowbell Our Milk made a humble appeal that Mixed Schools should nominate minimum two (2) girls for each category to represent such school. The above result validates the sponsor’s initiative.

Another outstanding highlight is that all the eight students that participated in the preliminary rounds from The Ambassadors College, Ota, Ogun State secured the semi-final tickets.

See girl who is auctioning her virginity online***Bids starts at £130,500