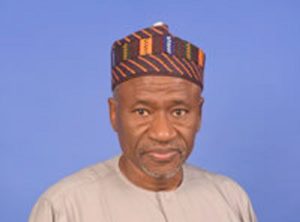 Thirty-two lucky customers of Skye Bank Plc., across different business locations of the Bank, have emerged winners in the on-going Western Union campaign.
The winners who emerged through a raffle draw, won various prizes which include N60,000 worth of shopping vouchers for 10 Star customers who received and sent transfers through Western Union in Skye Bank; and N20,000 worth of shopping vouchers as consolation for another 22 customers (11 receivers and 11 senders). The prizes will be officially presented to the winners in their domiciled branches.
According to the Group Head Retail Banking, Mr. Ndubuisi Osakwe, “the campaign is meant to encourage increased patronage of the services of the Western Union money transfer franchise and is specifically targeted at those who collected their transferred money directly from any of the 300+ Skye Bank Branches across Nigeria.
He also noted that the campaign, which commenced on 5th December 2016 will run till February 28, 2017 across all its branches in Nigeria and will culminate in the giving away of star prizes to Skye Bank customers in a grand draw coming up in March 2017.
One of the lucky star winners, Mr. Kayode Williams, a Skye Bank customer of Iwo Road Branch expressed gratitude to the management of Skye Bank and Western Union for organizing the promo to reward loyal customers, pledging to spread the news amongst his friends.
Mr. Williams, while speaking through a telephone call, said, “When I got the call from Skye Bank that I am a winner, I thought it was a scam from those unscrupulous elements who call with the aim of extorting money from hapless and gullible Nigerians but after a few questions, I was convinced that it was true. Today I am one of the winners” he said.
A brief ceremony to officially reward the first set of winners of the Skye Bank/Western Union raffle draw and shopping spree, was held in December 2016 where the 3 star prize winners won vouchers worth sixty thousand naira (N60,000) each which qualified them to participate in a 60 seconds shopping spree at the Shoprite mall, Ikeja, Lagos State.
Other branches within the Bank’s network where winners have emerged in this Promo are as follows: Iwo Road; Ikeja Plaza; Ago Palace Way; Ibadan Poly; Otta 2; Egbe Road; others are: Ijebu Ode 2; Ojokoro Cash Center; Iganmu; First Avenue; Iju; Isolo Road; Upper Sakponba; Lautech Campus; Computer Village, Lagos; Ketu Main; France Road, Kano; Fatai Atere Way,; Ring Road, Ibadan; Mushin Road, Isolo; Ogudu; Oba Adebimpe Rd; Ogba; Osolo; Uyo 3; Calabar and Kachia Road branches.
Post Views: 548