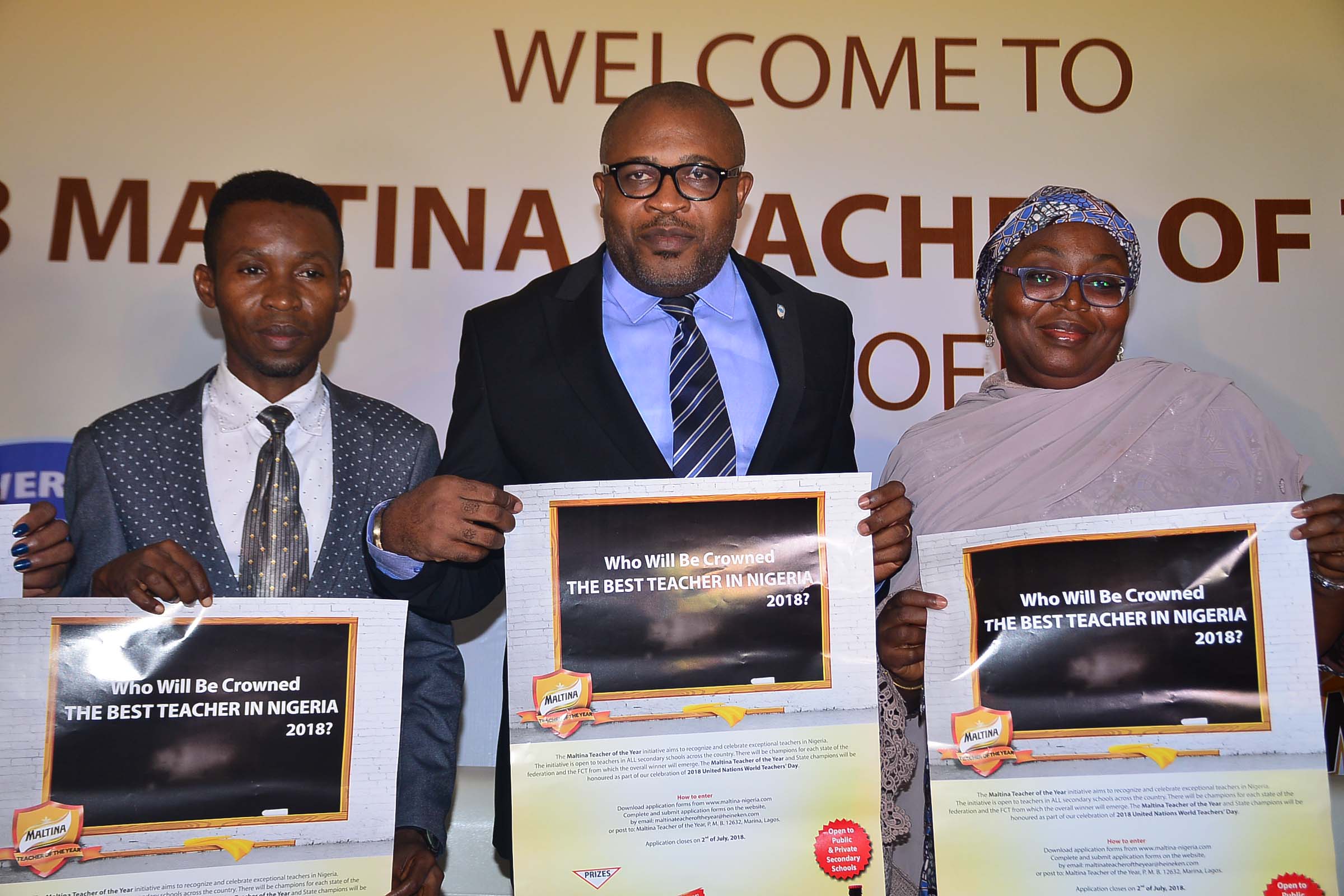 Submission of entries for the 2018 Maltina Teacher of the Year closed with a record total of 641 total entries filed from the 36 states and the Federal Capital Territory, Abuja. The number is the highest ever record of entries submitted by teachers from across the country since the initiative began in 2015.

It would be recalled that the 2017 edition attracted a total of 500 entries from 35 states and the Federal Capital Territory, Abuja. In 2016, teachers from 31 states submitted a total of 350 entries to vie for the honours of becoming the Maltina Teacher of the Year. At the maiden edition in 2015, 540 entries were received from 27 states of the federation and the FCT.

The Corporate Affairs Adviser of Nigerian Breweries Plc, Mr. Kufre Ekanem, noted that this year’s performance is a confirmation of the growing interest in the initiative by teachers across the country.

Ekanem explained that just like in the previous years, the 2018 entries were validated by the stringent project assessors who trimmed them down to 429 entries after a thorough and painstaking scrutiny.

He added that the valid entries will now be subjected to further scrutiny and assessment process by the Panel of Judges to pick the State Champions.

“From the State Champions, the 10 best entries will thereafter be invited for another round of assessment where the panel will further subject them to rigorous scrutiny against set criteria in order to determine who truly should be named the Maltina Teacher of the Year. On October 11th, 2018, the winners will be announced and celebrated at a grand event at the Muson Center, Marina, Lagos,” he said.

The Maltina Teacher of the Year is an initiative of the Nigerian Breweries Plc-Felix Ohiwerei Education Trust Fund. It was conceived to identify, showcase and reward outstanding teachers in Nigeria.

At the flag-off of the 2018 edition last May, the organisers and stakeholders in the nation’s education sector had encouraged teachers in both public and private secondary schools to participate in the initiative aimed at boosting and sustaining interest in the teaching profession in the country.

Like in past editions, the 2018 Maltina Teacher of the Year would win N1 million, a trophy and another N1 million every year for the next five years, while a block of classrooms would be built at the school where he or she teaches.

Meet The Politicians Who Died During Saudi Arabia Pilgrimage