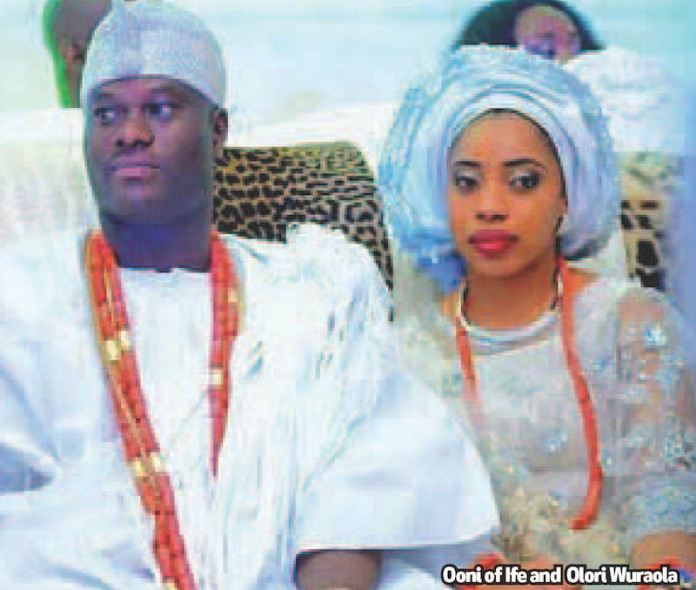 A series of parties linked with the Ooni of Ife, Alayeluwa Adeyeye Enitan Ogunwusi, Ojaja II, has held since his assumption of office.
From his coronation to his wedding, and his hosting of several dinners, the Ooni of Ife appears a big lover of parties.
Friday, April 22nd and Saturday, April 23rd, saw hordes of people storming Ile Ife, as the remains of Olori Marian Ogunwusi, the grandmother of Ooni of Ife was laid to rest.
Prior to the internment, there had been a frenzy, as society eggheads close to the Ooni tried to outdo each other in order to make the burial a spectacle.
Funeral activities for the deceased commenced on Friday with a service of songs at Oduduwa College, Ile-Ife, another funeral service held the following day at St. Paul’s Anglican Church, Aiyegbaju, Ile-Ife.

The remains of Olori Marian Ogunwusi, was interred at the church cemetery with reception and entertainment of guests at the Obafemi Awolowo University Teaching Hospital (OAUTH), ground, Phase 2 gate.
The deceased was survived by Oluropo Ogunwusi, her child, and father of the Ooni of Ife.
The late matriarch of Ogunwusi royal family and wife of late Joseph Ogunwusi died on Monday, February 8 at the ripe age of 104 years.