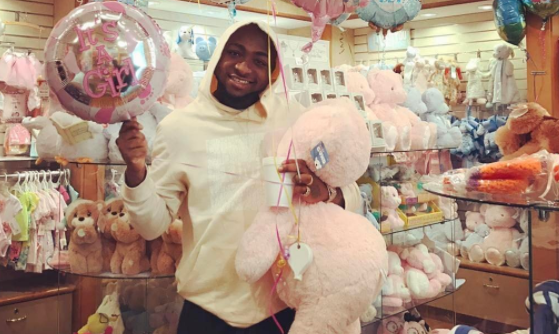 David Adeleke has welcomed yet another lovechild.

The 24 years old singer, announced the arrival of his second baby named Hailey Veronica Adeleke on Tuesday, May 9, having welcomed his first Imade with Sophie Momodu in May 2015.

He made the declaration with the post “She’s here. Hailey Veronica Adeleke has come to ball. Thank you Jesus. She’s too beautiful.”

Hailey was delivered for the singer by his Atlanta, America-based girlfriend Amanda who is also a student of Georgia University.

Prior to the arrival of Hailey, Davido showed his skills in diaper changing when practiced the act on a doll during a baby shower organized for his girlfriend, Amanda.

Recall that he first talked about Hailey’s arrival on Wednesday, April 26, when he declared that his second child will be born in two weeks.

Big Brother Naija’s Efe Drops ‘Based On Logistics’***Fans ask how far he can go?