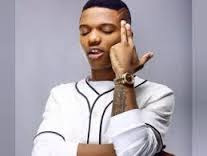 In recent times, Wizkid has become too fake to be taken for real.

For an artiste who has won several awards and made several hits, one would expect that by now he would be wiser and work to be celebrated for his factual achievements.

However, this is not what Wizkid’s fans are getting, as the artiste seems more in tuned to living  the life of a fake.

Months back, Wizkid relished the idea of receiving credit for writing Drakes song, “One Dance”. The artiste cherished the idea so much that he only called Seyi Shay to order when she granted an interview emphasizing that Wizkid indeed wrote the song. Apparently, Wizkid realized that things were getting out of hand and he had to pull the plug on the whole mess.

As if that was not bad enough, Wizkid is living a lie presently as he seek to take credit where he has none. Presently, Wizkid and his media team are spreading a falsehood of a Grammy Award nomination when there is none.

Drake’s album titled “Views” was nominated for “Album Of The Year” and because the Nigerian artiste co-produced it, he is taking credit for a Grammy Award nomination, something that has never been done before.

The simple truth is that Wizkid is trying to play a fast one on Nigerians, he need to tell us in what category he was nominated a music lover who spoke with www.theoctopusnews.com said.

It is shocking that an artiste of Wizkid’s magnitude would claim a Grammy Award nomination simply because he worked on the album.

We await the next lousy move by Wizkid.

Related Topics:DrakeslideshowWizKidWizkid; Too Fake To Be Real
Up Next