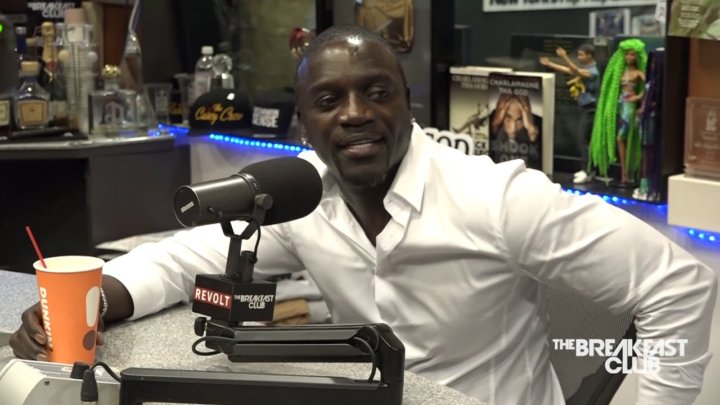 Senegalese-born American singer, Akon, has revealed that there was a time when Davido and P-Square and Wizkid were all his artistes.

Speaking during an interview on “The Breakfast Club” hosted by DJ Envy, Angela Yee and Charlamagne tha God, Akon said both Davido and now defunct P-Square were some of the artistes he signed when he relocated to his home country.

Akon explained that the contracts were just handshakes as they are not honored in Nigeria.

“It’s not even a matter of letting him go, because in Africa, contracts really don’t exist. You just shake hands. It’s all words. Especially Nigeria, there is no contract being honoured.

“And me and Davido never had a contract. I was more like a big brother walking him through certain things, learn some things, advice, things like that” he said.

“When I was in Africa, I was building an Afrobeat team.

“When I first went out there in 2008, I signed Davido, PSquare and others. Davido is like my little brother. Did you know, Davido was originally from Atlanta? And started his music career actually in Atlanta and just decided, you know what, ‘It’s too much of a struggle here, let me go back home.’

“He went back home and just popped off like that” (snaps fingers).

Continuing, he said, “P-Square was actually the biggest act as of that time. It was a group of twin brothers. We had a song, ‘Choplife.’

“It was a huge smash. But at the time, Afrobeat wasn’t that big here.

“What I love about Davido is that he is an independent artiste. He came with the US hustle to Africa. So, he completely gets it.”

Asked if Davido is still signed to his record label, Akon said, “Nah, nah, He’s doing his own thing now.”

On Wizkid, Akon said he signed the Nigerian sensation in 2008, when he first came to Africa.

“I was in Africa, I was building the afrobeat scene. when I first went out there in 2008. I signed Wizkid, and I was doing a lot of consulting for a lot of artistes. I singed Davido, Psquare.”