Sometimes back, an altercation between Wizkid  and Dammy  Krane in Club Quilox saw the latter with serious injuries to the face.

Then, trouble started when Dammy Krane made some unpalatable remarks at the “Ojuelegba” singer.

Then, the fire between the two was extinguished by the club boss, Shina Peller.

However, it seems that Dammy Krane has forgotten that incident, as he is yet to learn his lesson. He been coming for Wizkid again with allegations of music theft. Dammy Krane has alleged that Wizkid stole the song “Baba Nla” from him. This allegation was first made in January 2016, and it has reared its head again . 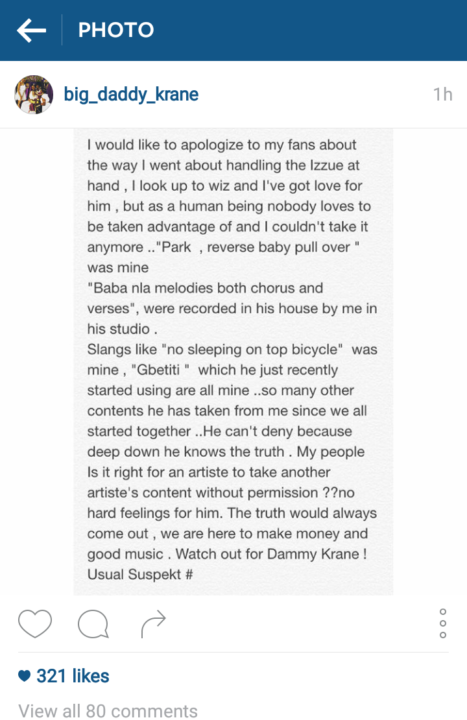 Related Topics:Dammy KraneslideshowWizKidWizkid: Dammy Krane Is Yet To Learn His Lesson
Up Next

Singer, Simi Takes Swipe At People Who Want Power And Not Responsibility