Fans of singer Davido are worried about him.

This comes following series of videos posted by the singer on his instagram account criticising the arrest of his uncle, Senator Ademola Adeleke.

Senator Adeleke was arrested following allegation of forgery brought against him. He has since been arraigned at an Abuja High Court and granted bail in the sum of two million and a surety in like sum.

However, with Davido condemning the move by the government, his fans have expressed worry that he might just be arrested and detained in the same way 2Baba was allegedly arrested when he organised a rally against the government of President Muhammadu Buhari in 2017.

While unconfirmed report claimed that 2Baba was detained by the Department of State Security (DSS), the claims could not be substantiated. 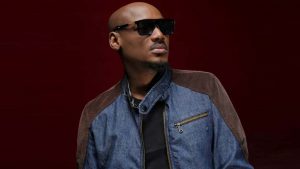 However, it was a teary eyed 2Baba that took to social media to call off the February 6, 2017 protest claiming that it was set to be highjacked by some people.

In an Instagram post and a short video, via his official handle @official2baba attributed the cancellation to “security reasons.”

2baba said, “Dear Nigerians, due to security concerns and public safety consideration, I hereby announce the cancellation of the march.”

The protest was hinged on 2baba’s claim that Nigeria was witnessing the worst economic crisis in the country which had seen the costs of goods and services skyrocketing, with many families struggling to survive.

With Davido now on a similar path, his fans are worried he might just get the 2Baba treatment. Will he?

Related Topics:2BabadavidoslideshowWill Davido Get The 2Baba Treatment; Fans Ask
Up Next

I Will Still Make Millions From Tiwa Savage-Don Jazzy

Ademola Adeleke: I Owes It To My Children To Speak Up, Davido React To Arrest Of Uncle