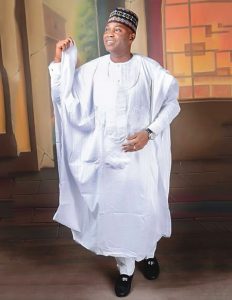 Since his calamitous decision to cross carpet to Peoples Democratic Party (PDP), and his subsequent ouster from active politics, Honourable Abiodun Akinlade has been living a simple life.
Unlike when he was a member of the House of Representatives, he became a scarce face at parties, political gathering and simply played underground.
Today, as he turns 50 years old and celebrates his installation, as the Baba Adinni of Yewa land, in an event expected to attract top names such as Ogun State Governor, Senator Ibikunle Amosu, Honorable Yakubu Dogara, Yusuf Lasun and others, anxiety will be the word, as friends, families and his followers who have since dwindled seek to confirm if his pocket remains as deep as it used to be.

That Detour Of Tope Sonubi