Abiodun reportedly told the audience at the 108th Nigeria Baptist Convention that he might end up on the pulpit at the end of his tenure.

While speaking at the convention that was held at the Baptist International Conference Centre, Lufuwape Town, along Lagos-Ibadan Expressway, the governor expressed his love for the word of God. 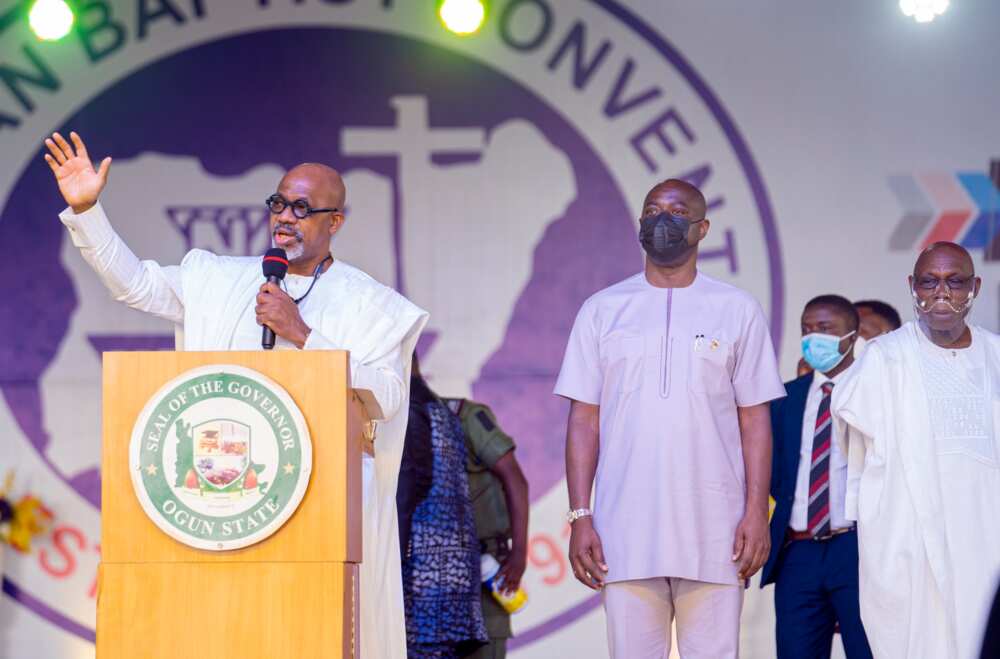 He said that although he would not ascribe to himself the authority of the clergy, he, however, loves reading, studying and sharing the Bible

Further, Abiodun urged Nigerians, and the world, to take action with the fear of God in their hearts, explaining that if Nigerians followed the instructions of God in all they do, life would be more peaceful and the country would not find itself in its current predicaments.