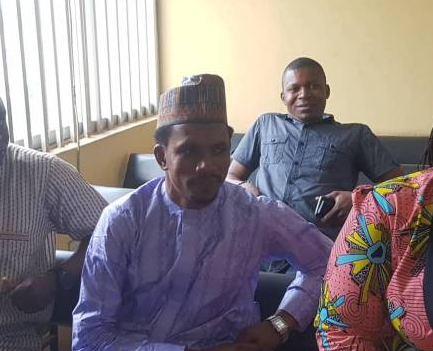 The Senate has revealed that it will not make public the outcome of its investigation of Senator Elisha Abbo.

Recall that a panel was set up by the Senate to investigate the Adamawa lawmaker after he was caught on camera assaulting a woman in an Abuja sex toy shop.

The spokesperson of the Senate, Godiya Akwashiki, was quoted telling journalists after a plenary session on Thursday, December 12th that the outcome of the investigation will not be made public.

“I know vividly when that issue was brought to the plenary under matters of urgent importance, a senator raised an observation saying this issue is in a court of law. It’s not an issue we should disturb ourselves over.

“Please, I want to speak like a lawmaker. Once an issue is in a court of law, there is a limit for us to discuss it in the plenary.”

While Akwashiki rationalised the Senate’s delay in debating the report, section 88 of the Constitution, which empowers the National Assembly to investigate allegations of misconduct against members, gives no such restriction.

An investigation by the legislative arm, the section states, could be over the conduct of any “person, authority, or government body that has the duty of executing or administering laws enacted by the National Assembly.”

Recall that Senator Oluremi Tinubu a member of the panel set up to investigate Senator Abbo had been seen in a video in which she asked Abbo if he would like members of the panel to help him or not. The video went further to show a heated argument between the Senators.