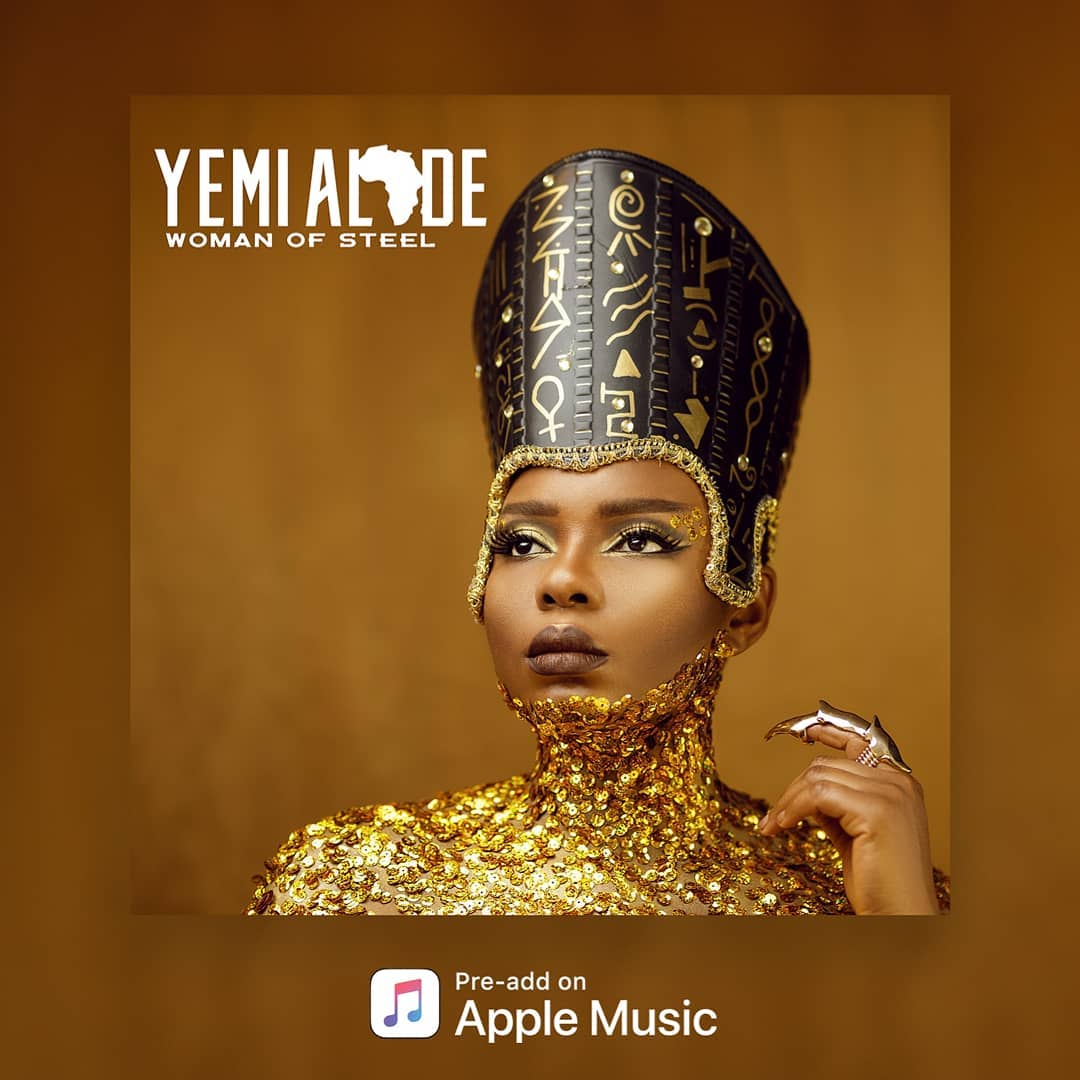 Nigerian songstress, Yemi Alade, has been promoting her fourth studio album for a while.

According to her, ‘Woman Of Steel’, was inspired by the heroes she got to know while growing up.

Yemi Alade, who revealed this while reviewing the album stated that she eventually realised that she had been her own hero all the while, hence the title of the album.

“As a kid growing up, I had so many heroes like Superman, Super Girl, and all of that. Obviously, as I grew older, I realised that I had actually been my own hero all the while. All this while, when I thought that I had Superman, Cat Girl to come to my rescue, I had been my own superhero helping myself, even being there for myself when I thought that I wasn’t getting the accolades I deserve. So I decided to name my own superhero Woman Of Steel.”

Yemi Alade, who has credit for albums such as ‘King Of Queens’, ‘Mama Africa’ and ‘Black Magic’ revealed that ‘The Woman Of Steel’ album was aimed at depicting royalty and the inner strength she felt without necessarily getting the idea from her costume for the artwork.