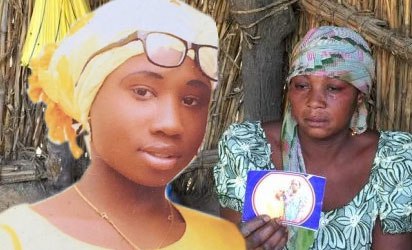 The Federal Government has revealed why Leah Sharibu remains in the captivity of Boko Haram terrorists.

Speaking during an interview, Minister of Information and Culture, Lai Mohammed said that the terrorists know that holding Sharibu captive might cause religious tensions in the country.

According to Mohammed, Boko Haram terrorists deliberately refused to release Sharibu in order to divide Nigerians along the lines of religion.

The minister assured Nigerians that the federal government is making efforts through back channels to secure the release of the Dapchi schoolgirl, urging Nigerians not to play into the hands of the terrorists by looking at security matters from the standpoint of religion or ethnicity.

Mohammed said that the FG is committed to reuniting Leah Sharibu with her family members.

He said: ”We must please be careful and more responsible in the way we look at issues. This is exactly what the terrorists want to do, set Muslims against Christians.”

Sharibu is a Christian kidnapped in 2018 by Boko Haram along with 110 female students of the Government Science Secondary School, Dapchi in Yobe State. Sharibu’s case attracted unprecedented local and global attention, owing to the fact that others were released, while she was detained for reportedly refusing to renounce her Christian faith.

Amnesty For Bandits Is Insensitive, Ezekwesili Tells Sheikh Gumi, Others