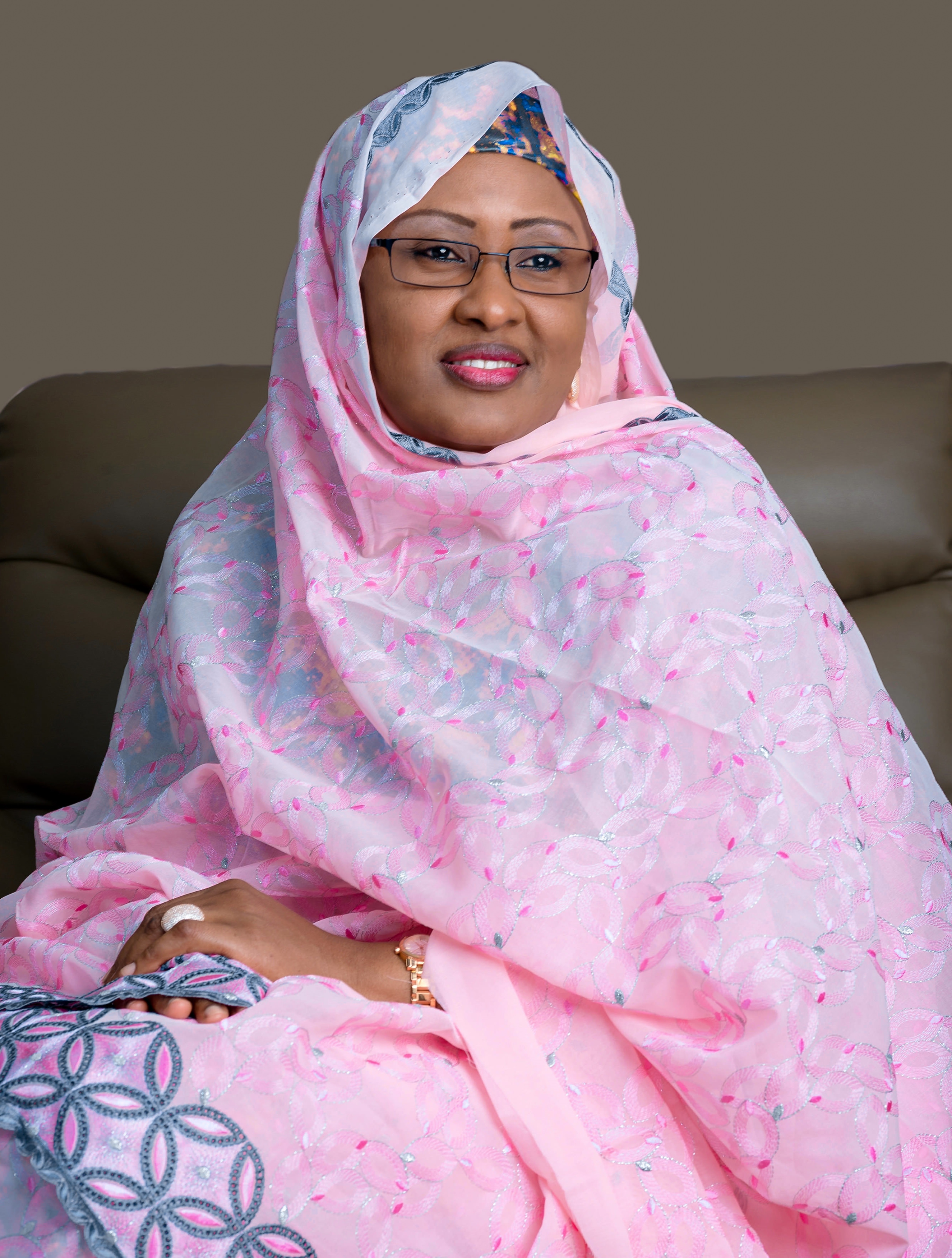 The resignation of Mallam Garba Shehu,  the Senior Special Assistant to President Muhammadu Buhari on Media and Publicity, has been demanded by the First Lady, Hajia Aisha Buhari.

Hajia Buhari made the demand in a statement she personally signed and released in the early hours of Wednesday.

She accused the presidential spokesman of taking instruction from President Buhari’s cousin, Mamman Daura, in the early days of the Administration, to declare that there will not be the Office of the First Lady, a development she said embarrassed her husband.

She also accused him of releasing the video in which she had an altercation with the Daura family to the press, adding that his loyalty is not to anyone or group.

The statement, titled: “Garba Shehu Has Gone Beyond His Boundaries,” reads in full:

Nigeria’s development is hinged on the ability of public officials to execute their mandates professionally and to be shining examples in their various areas of endeavor. It is not a good sign when officials abandoned their responsibility and start clutching at straws.

To make matters worse, Mr. Shehu has presented himself to these people like a willing tool and executioner of their antics, from the corridors of power even to the level of interfering with the family affairs of the President. This should not be so.

The blatant meddling in the affairs of the First Lady of a country is a continuation of the prodigal actions of those that he serves. We all remember that the chief proponent appropriated to himself and his family a part of the Presidential Villa, where he stayed for almost 4 years and when the time came for him to leave, he orchestrated and invaded my family’s privacy through a video circulated by Mamman’s Daughter, Fatima, the public was given the impression that on arrival into the country I was locked out of the villa by Mr. President. Garba Shehu as Villa Spokesperson knew the truth and had the responsibility to set the records straight, but because his allegiance is somewhere else and his loyalty misplaced, he deliberately refused to clear the air and speak for the President who appointed him in the first place. Consequently, his action has shown a complete breakdown of trust between the First Family and him.

Mr. Shehu was privy and part of the plan and its execution and he was shocked when he realized that I had publicized my return to Nigeria on October 12, 2019, and cleared the air on the many rumors that took over social media, a job he was supposed to do but kept mute to cause more confusion and instability for his Principal and his family.

Garba then, vented his anger on the National Television Authority (NTA) Management insisting that the media crew to my office must be sacked. He succeeded in getting them suspended for doing their job. I had to intervene to save the innocent staff from losing their means of livelihood by involving the Department of State Services (DSS) in order to ascertain roles played by key actors in the saga.

It is at this late hour that I recall, sadly, that it was the same Garba Shehu who claimed that the government will not allow the office of the First Lady to run. He was later to confirm to one of my aides that he was instructed to say so by Mamman Daura and not the President. This antic attracted the anger of Nigerian women. He didn’t realize the fact that First Lady’s office is a tradition that has become an institution.

Today, even without a budget, I am able to run my humanitarian programmes.

In saner climes, Garba Shehu would have resigned immediately after going beyond his boundaries and powers.

GARBA SHEHU NEEDS TO UNDERSTAND THAT THIS KIND OF BEHAVIOR WILL NO LONGER BE TOLERATED.

The latest of his antics was to wage a war on the first family through an orchestrated media campaign of calumny by sponsoring pseudo accounts to write and defame my children and myself.

Based on Garba Shehu’s misguided sense of loyalty and inability to stay true and loyal to one person or group, it has become apparent that all trust has broken down between him and my family due to the many embarrassments he has caused the Presidency and the first family. We all have families to consider in our actions and therefore it is in the best interest of all concerned for Garba Shehu to take the advice of the authority, given to him sometimes in the first week of November 2019.

Sources in the Presidential Villa said Mallam Shehu was advised to resign at the time.

The presidential spokesman was not available for comment on Wednesday.

Shehu was said to have traveled with President Buhari to Egypt for an official function.

House Of Reps To Investigate DSS Over Court Invasion