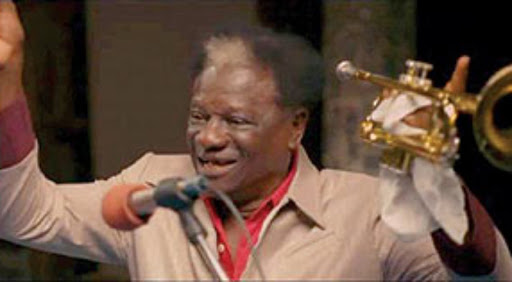 Papingo Dalaya, as he was fondly called died at the age of 89. Dr. Olaiya, who was one of the leading pioneers of the highlife genre of music popularly said to be for the matured mind died at the Lagos University Teaching Hospital (LUTH).

A statement by Esho, the daughter of highlife music enthusiast, Femi Esho stated: “We pray that the doyen of highlife music find repose with the creator while wishing the family and entire music community the fortitude to bear this irreplaceable loss. And to my namesake, Abimbola Olaiya I will miss your contribution to highlife music.”

Though the statement was filed with emotions, it was also one of celebration, as the life and times of the legend was indeed worthy of celebration.

Born on 31st of December, 1930 in Calabar, Cross River State, Dr. Olaiya hailed from Ijesha-Ishu, Ekiti State. The 20th child of a family of 24 from parents Alfred Omolona Olaiya and Bathsheba Owolabi Motajo, they resided at 2, Bamgbose Street, Lagos Island, Lagos State before the property popularly called ‘Iloijos Bar’ was demolished on 11, September 2016.

Life As A Musician:

As a young boy, Dr. Olaiya learned to play the Bombardon and the French Horn. Later, in 1951 he was accepted by Howard University, US, to study Civil Engineering. However, Dr. Olaiya pursued a career as a musician, much to the disapproval of his parents. Popular bands that he played with include the Sammy Akpabot Band; he was leader and trumpeter for the Old Lagos City Orchestra and later joined the Bobby Benson Jam Session Orchestra.

In 1954, Dr. Olaiya formed his own band. Playing popular highlife music, the band named the ‘Cool Cats’ was subsequently renamed the ‘All Stars Band’ when they played the 1963 International Jazz Festival in Czechoslovakia. His music was described as a bridge between Ghanaian highlife and what is popular today as Afrobeat. His music was influenced by music greats including James Brown.

In 1956, his band was chosen to play for Queen Elizabeth II of the United Kingdom when she visited Nigeria. The ‘All Stars Band’ later played at state balls when Nigeria became independent in 1960 and in 1963 when Nigeria became a republic. Internationally, Dr. Olaiya also shared the stage with an American jazz musician, Louis Armstrong. His band also travelled to the Congo to perform for United Nations troops. The band released an album with Ghanaian highlife musician E. T. Mensah. Both drummer Tony Allen and Afrobeat maestro Fela Kuti played with Dr. Olaiya before pursuing their individual careers.

Despite a successful music career, Dr. Olaiya ran an importation business through which he imported and distributed musical instruments and accessories throughout West Africa. From the proceeds, and others made from his music, he established the popular Stadium Hotel in Surulere, Lagos State.

Life In The Army:

Dr. Olaiya was honoured with the national merit award (OON). In 1990, he received a fellowship of the Institute of Administrative Management of Nigeria (IAMN). At a point, he was also president of the Nigerian Union of Musicians (NUM).

At the twilight of his music career, in 2013, Dr. Olaiya collaborated with one of Nigeria’s biggest artistes in 2Baba, producing a successful remix of his evergreen song, ‘Baby Jowo’.

The music legend was married and had children and grandchildren. His son, Bayode Olaiya sang with him in his band, while now deceased thespian Moji Olaiya who died in Canada in 2017 after delivering her second daughter was considered one of his most popular children