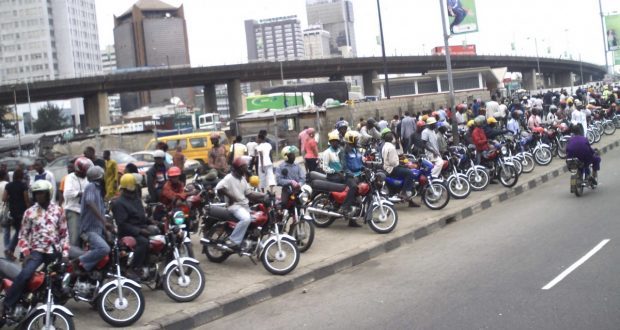 Countless people at bus stop struggling for few available buses, some walking long distance to get to their destination and a sudden increase in traffic on roads have become a common sight in Lagos State since the commencement of restriction on commercial motorcycles, popular as Okada and tricycle also known as Keke NAPEP in the state.

On Saturday, February 1, the Lagos State Government commenced enforcement of restriction on commercial motorcycles and tricycles and has since seized several of them. 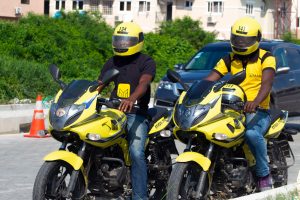 While announcing the decision of the government at the State House in Alausa, Ikeja, Lagos on Monday, January 27, Omotosho said: “After a robust assessment of the debate on what has been widely referred to as the motorcycle (Okada) and tricycle (Keke) menace, the Lagos State Government and the State Security Council have decided that the security and safety of lives of Lagosians are paramount. 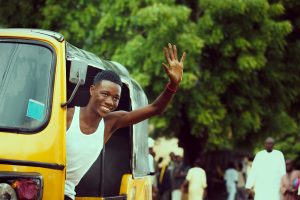 “The figures are scary. From 2016 to 2019, there were over 10,000 accidents recorded at the General Hospitals alone. This number excludes unreported cases and those recorded by other hospitals. The total number of deaths from reported cases is over 600 as of date.

“Also, the rate of crimes aided by Okada and Keke keeps rising. They are also used as getaway means by criminals. Therefore, after consultations with stakeholders, the State Security Council, in compliance with the extant Transport Sector Reform Law 2018, has decided to commence enforcement of the law which bans the operation of Okada and Keke in six Local Government Areas and nine Local Council Development Areas (LCDAs).”

Two weeks after the restriction kicked off, there have been mixed feelings about it. While some people have embraced the idea, describing it as timely, others have frowned at it, saying that it was a short-sighted decision.

Reacting to the restriction, Prince Abimbola Sunday Abimbola, Chairman, Nigerian Bar Association (NBA) Epe Branch said: “Laws are made for humans and humans make laws to guide them. Beyond sentiment; the menace of Okada riders on the major road is not good enough. If you look at what they do to other road users if you go to hospitals and see the number of amputations recorded per day, banning them on major roads would be considered a good decision. It did not start now, and that is what a lot of people are not acknowledging. There was a law during the government of Babatunde Raji Fashola. Now, Babajide Sanwo-Olu has only enacted it. They relaxed the law and another governor has come to dust it up and implement it. Why is it now that people are making noise, when the law was made, it went through readings in the house, stakeholders were there, so why are people now shouting? As for Gokada, Opay and the likes, they are mature, but of course if you open the door for one, what happens to the others? The law says no bikes, tricycles on the highway, are we now going to relax the law for one, the government would have breached the law if they do that? So, until the law is amended it stands.”

For Lawyer, Busola Mayegun (not real name), there are two sides to the issue. “There is the good and the bad side. The ban will increase the level of security awareness in the state. Strange looking people are all over Lagos, they could be from Niger Republic or anywhere, but they find their way into Lagos with no record of where they live. Some work as cobblers in the day and sleep in the house where their brothers work as security. And these people have a way of dominating any place they settle in. This could lead to a bad security situation, especially with the Boko Haram menace the country is facing.”

Further, she said: “Aside from this, most of these Hausa people who ride bikes jump on them without training thus endangering the lives of those they carry. There are places where Okada was banned and they have moved on. Okada was banned in Abuja and heaven did not fall, people eventually moved on. People might be complaining of a shortage of buses right now, but they will adapt and move on.

On his part, Dr. Api, a traditional medicine practitioner, whose office is located at Ibeju Lekki, Lagos State welcomed the idea, describing it as timely.

Speaking with Saturday INDEPENDENT, he said: “Do you know the number of people coming into Lagos State daily? Trucks with bikes and riders some of whom are not even Nigerians come into Lagos State and these people easily get integrated into the society either as bike men or cobblers. They do the oddest of jobs, so they easily find something to do. The other day, we saw a report on how the army arrested over 400 people suspected to be militants. They were arrested in Abia State along Enugu-Port Harcourt Expressway. People reportedly travelling at 2: am, where were they going? Imagine if these people with sinister motives had found their way into Lagos State, do you know the crime and havoc they would have wrecked? We are all at risk. I am sure that the decision was taken based on intelligence report. So, the development is a positive one.”

There is no doubt that the sensitivity of the state government has been questioned with clamours that an alternative means of transportation ought to have been provided before the ban on Okada and Keke NAPEP.

However, the state government has described the position as “uninformed criticism” and an attempt to blackmail it, stating that ferries and buses have been provided to ease the difficulty being witnessed by members of the public.

A statement credited to Governor Babajide Sanwo-Olu stated that over 500 buses would be deployed to the routes listed in the restriction directive as an alternative to ease movement. Gov. Sanwo-Olu also stated that the launching of commercial operations on waterways by Lagos Ferry Service (LAGFERRY) was another programme introduced by the Government to address congestion on the highways.

However, there have been questions regarding the effectiveness of ferry services to transport people going to areas such as Ojodu, Ikeja, Gbagada, Oshodi, all none riverine areas.

“Don’t mind them, they are just telling us that they are the only one who is educated, they are proving that they are the government of the day. How do you restrain bikes and tricycles from roads in Ikeja and Ojodu when you know that it is one of the most effective means of transportation? They said that they have introduced ferries and buses, do the buses ply these routes, can a ferry take me to Ikeja if I reside at Ojodu, did the government consider this?” says an undergraduate of Olabisi Onabanjo University, Ago Iwoye.

Saturday INDEPENDENT’s visit to selected parts of Lagos State such as Ikoyi, Lagos Island, Obalende, Iyana Oworo, and the Mowe axis of the Lagos/Ibadan Expressway revealed stranded passengers with most of them walking to their destinations.

The situation is not going to change anytime soon, as the state government has stated that there is no going back on the restriction.

Explaining the decision at an event, Sanwo-Olu said: “I agree it’s a tough decision we made regarding the restriction of Okada and Keke in some parts of Lagos. But I want to say some facts, which people can debate. The restriction that we have done is primarily based on security and safety of lives of residents. We took the decision based on the level of danger we have seen to have happened to our people.

“As a responsible Government, we will not fold our arms and allow Okada riders put our lives in danger. One life is more important to us than all the economic benefits to be made if we allowed them to continue. We understand that investment too can be critical, but keeping people alive and safe is more germane.”

With only a handful of buses noticed on the restricted areas, fares going at almost a hundred percent higher and traffic persisting, there is no denying the fact that Lagosians are in for a very rough time as far as transportation is concerned.