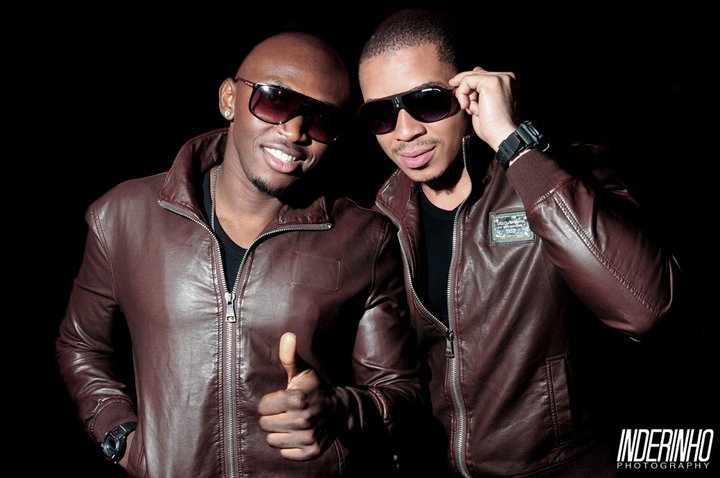 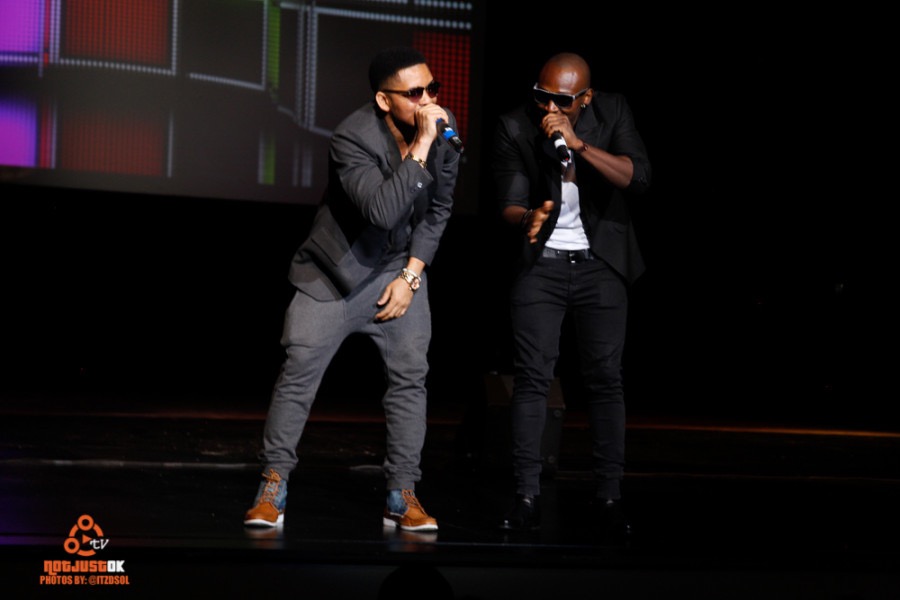 The music group Bracket is made up of two young men namely Vast and Smash. In 2012, Vast was diagnosed and treated for cancer. In this interview with our reporter, Bracket speaks on why they are setting up a cancer foundation, life after Vast’s horrifying experience and their music.

Let’s talk about the foundation, what is it all about?

To start with, it’s a cancer foundation that will help treat patient with cancer.

Has it been unveiled?

Not really. We haven’t really unveiled it, but it should be done within the week. However, it’s been registered as Bracket Foundation. The first thing we want to do is setup a foundation because it came close to us. We never expected it. While we were growing we actually thought that cancer was a big man’s sickness and if you don’t have billions you can’t have it, but it actually came close to us and we realised that it doesn’t respect age or gender. The last time we were in London we saw a 15 year-old boy suffering from leukemia. It’s more deadly than the one Vast suffered from. A lot of people are suffering and that’s the reason why we are looking at the direction. Asides this, it also affected us. 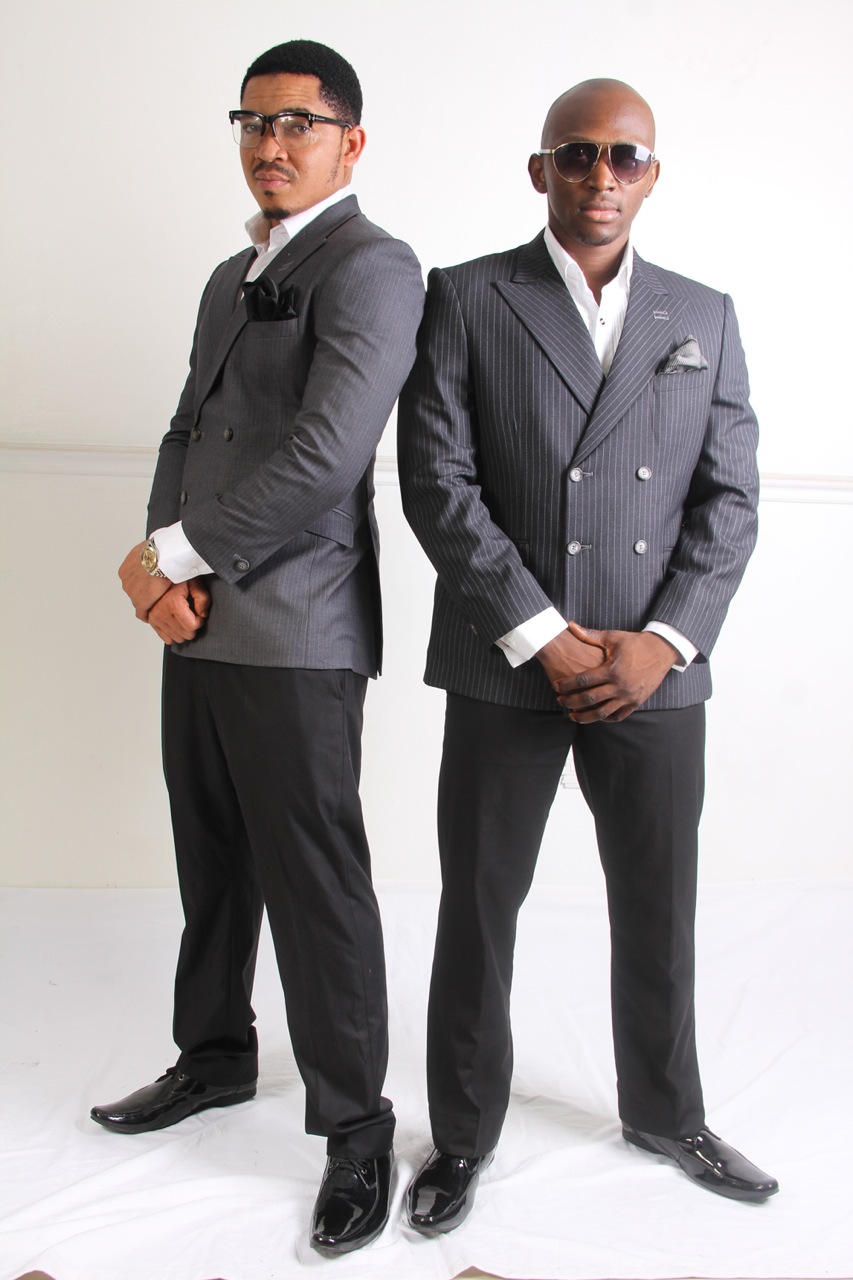 What will be the target of this foundation?

When we were in London for Vast’s treatments I stayed there for six months. I later had to return while he continued his treatments. In my time alone in Nigeria, I visited some cancer hospitals in Lagos and realised that a lot of people were finding it difficult to pay for their chemotherapy. We have good doctors, but we don’t have structures. When you watch these people in the hospital you will realise that their chances of surviving are really low. I actually saw a lot of people that couldn’t afford to pay. Some went to the village to raise money for their first circle. I am talking of the first circle when you have to do about eight. The sad thing is that when that person is hustling for the money the sickness is actually spreading. I saw one man whose ear was swollen because they told him to go and bring a N150, 000, 00. It took him about three months, so when he was coming back his ear was already affected. Some of these people find it difficult to talk about it because they might not want their neighbor to know that they have money issues to treat this sickness. So, the major aspect we are looking into is raising funds for the patient that cannot afford the treatment. The major aim of the foundation is to get at least one oncology center in Lagos, so everybody can at least be tested for free because early detection can be cured with simple drugs such as antibiotics. But that is when it is detected early. However, the problem we have here is that we don’t have enough facilities for people to know the stage that the cancer is. Once it is at an early stage you can always treat it, but when it affects the organs nothing can be done.

What was the experience like while you were doing the circles?

The first thing the doctor told me was that “yes you have this cancer, but it can be cured because it did not affect you organs.” It didn’t affect my lungs, liver and kidney, so they were safe. Another thing I asked God for during my ordeal was love. People around me didn’t back out they all supported me. They all gave me courage; they were with me throughout the period of treatments. It was a horrible experience. We didn’t expect it, but when it came we had to look at it like an ordinary sickness. We were scared, but we couldn’t let him see it. We went to some hospitals and for over four months we couldn’t get an answer. It was one of the doctors that advised us to travel to London for the treatment.

What does that tells you about the Nigerian medical system?

Like I said earlier, we have good doctors, but we don’t have a structure. It is a shame that a lot of people have this money to invest for people to get treated and for people to survive, but they would rather throw it away. To setup an Oncology Center anywhere in Nigeria will cost between three to four million Dollars. People use this as change in Nigeria. People can get treated and more people will survive. When someone dies because of cancer they will say it’s the will of God, but that person could have been saved. If we had spent more than four months in Nigeria, I don’t think he would have been saved. We went to London and the result came out in two days, he started treatment in three days. So, he was having a circle every three weeks. A lot of money was being paid. Each time he went to the hospital $6,000,000.00 was being paid. So, it is not everybody who can afford that. We can however achieve this in Nigeria if a lot of people support. A lot of these billionaires have a lot of money to safe people, but the sad part of it is that people are dying because they don’t have people to talk to and they don’t have people to speak for them.

There is always the issue of transparency when a foundation like this is being talked about, let’s talk about that.

As Bracket, we plan to put our name at stake. It will be as transparent as possible. The other side of it is that we also pray that we will have the fund to treat some of these people.

How do you hope to sustain this massive and cash intensive project?

First, we have to start. We are putting a programme together for Friday, July 3. What we are doing on that day is a little documentary of Vast. Hopefully Banky W will come and talk about his experience because he has passed through it. There are other people that will also come. We will also have some cancer patient that might be there. One person who is in support of this foundation is Akin Alabi, the Chairman of Nairabet. He is really interested in this project. We are also partnering with Lakeshore Cancer Centre. It is a cancer hospital that is new in Nigeria; someone brought it in from America.

Why are you not being definite?

We are not sure because I don’t think that it is going to be a good sight to bring a cancer patient. So, we might just have their pictures so that people will actually see who they are sponsoring or who they are supporting.

Where do you expect your sponsorship from?

We are talking to some companies to see if they can come onboard. A lot of artists have joined, we have about 14 presently because we have a campaign where artists will mention their names and say “I Stand Up to cancer.” We hope to air them on TV and Radio stations too. Some of these patients can get treatment in London if we get sponsorship. If you get treated you will have to come for the next programme and speak as a survival too. So, it’s going to be a continuous and very transparent process should we get money to have an Oncology Center and actually employ good doctors that can actually work there. So, like I said earlier, we have to start first from somewhere.

The recovery process in my own case has been unbelievable. Immediately after the circles, I became very well. The energy in my body increased more than before. The kind of energy I have now, I never thought that I would have it. So, when you talk about Chemotherapy it kills both the good and bad cells in your body. It’s just like regenerating the person, it’s like I am born again. I didn’t have any reactions after the treatment. Maybe it is because I started living on fruits and vegetables. That is what I eat most times and I don’t normally eat healthy.

Let’s talk about your music career; to what extent was it affected by Vast’s health challenges?

Basically, I will say indeed it affected it a little. The stage we are, what we can actually offer to the industry is just to make sure that we have a hit song. Even if it is not generally accepted, just make sure that your face is seen there. Knowing that we have a lot of people that we started with in 2009, and we are still here is not a small fit. There is a stage you get to as an artist and all you have to do is just release songs that will keep you relevant as an artist. It just as we did “Panya” last year and it was generally accepted and people said okay these guys are still in the system. I am proud to say that we are one of the lucky Nigerian musicians that is well accepted in the French-Africa, The Caribbean. We have been to countries that we have never heard of. We have been to Saint Martin, French Dianna. The funny thing is that Nigerian music is growing. The last time we were in Saint Martin they were trying to speak Pidgin. I didn’t know how they knew the language. We are going places and I will say that it affected us some way, but on the other side I won’t say it was much because I belief wherever you are you have to be contented and keep working.

What has been keeping you guys together knowing that even twin brothers in your industry have parted ways?

After the love that he gave me during my sickness, I don’t think that there would be anything that would make me part ways with him. When you see someone that really loves you and will do anything for you, I don’t think you would hurt that person except if you are very stupid. We fight no doubt about it, but after the fight we forget about it. Another thing is the grace of God. That grace of God in you will tell you the thing to do. We have also never allowed a song bring dispute between us. We have heard of people saying this one sings more and the other one dance more. For us, it is not like that. We understand that perfectly well. The problem will only come when a person wanted people to say he is the one doing this.

Was there a point when all hope was lost?

No. My prayers was that he should get well because if you get to the East people will say don’t mind that one he has gone to use the other one for rituals.

Tell us about how the song ‘Panya’ came about

Panya means Spain for the average Igbo guy. There is this place we play football in Lekki Phase 1. We met Techno there and he said he had this idea. We got into the studio later in the night and the song was done. It was done in less than thirty minutes.

Related Topics:BracketBracket FoundationBracket speaks on opening an Oncology centreCancer Came Very Close To Us-BracketslideshowWe Used To Think Cancer Was For Only Rich People-Bracket
Up Next

Read About What Is In Cynthia Morgan Debut Album