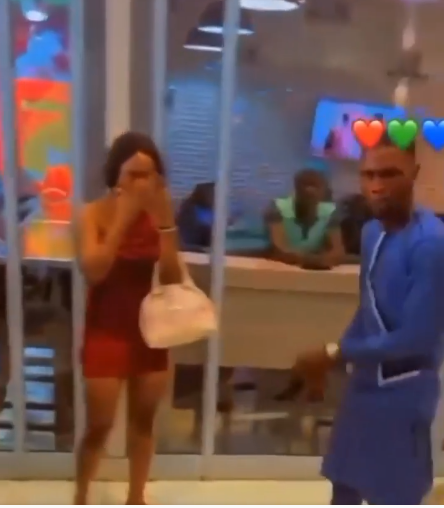 The 2022 valentine definitely did not end well for a lady who visited the mall with another man who is not her lover.

The lady who had a lover went out with another man.

However, she ran out of luck when her man spotted her and dealt her some slaps.

In a viral video, the man was captured confronting his girlfriend after he caught her at the mall with another man.

He attracted onlookers to the scene as he shouted at his girlfriend. He also slapped her at some point in the video.

Related Topics:ValentineValentine Gone Bad: Why A Man Slapped His Girlfriend For Visiting The Mall
Up Next